The new quick response codes are supposed to help users connect with their friends more quickly.

New Venmo QR codes recently rolled out for users of the mobile payments app. The idea is to use the quick response codes simplify the process of finding their friends within the application.

The QR codes are available in both the Android and Apple iOS versions of the Venmo mobile app.

All users need to do to use the Venmo QR codes is tap the new “Scan Code” menu option. This feature launches a new interface in the latest update of the mobile payments app. It lets a user either display a QR code for a friend to scan, or it lets them scan a friend’s code. Each barcode is unique and represents only its user. Once the barcode is scanned directly from the owner’s phone screen, it shares that user’s contact information.

Moreover, there is a built-in sharing feature within the app which allows the QR code to be posted to social networks, other messaging applications such as iMessage, emails, notes, or even simply to be saved as an image in the photo gallery to be used later on.

The Venmo QR codes are also displayed next to a user’s profile photo above the mobile app navigation. 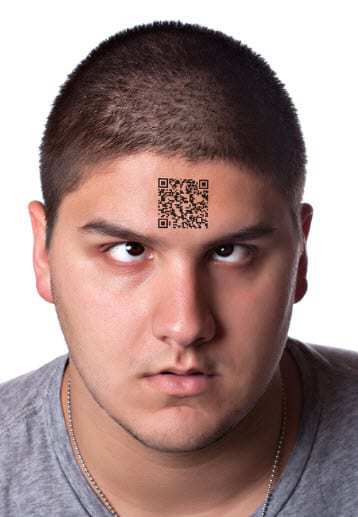 If that small-sized QR code is tapped, it is launched in full-screen view so it can be scanned by another user.

While this isn’t one of the largest features to be added to the application, it is one that may see a considerable amount of use and that might make the mobile payments app faster and easier to use when adding friends. The previous version of the app required somewhat of a tedious process to locate a friend who was a Venmo user, particularly if that individual had a very common name or when you know only a limited amount about that person for refining the search. This was especially true when the individual’s Venmo username was unknown to the searcher.

The Venmo QR codes are hardly the first barcodes of this nature to be used in mobile payments apps. However, it does reflect a growing trend in the United States and around the world, in which quick response codes are making their way into a larger number of applications in order to make certain tedious processes much faster and more direct.