The quick response codes could help to let businesses know who has had the COVID vaccine.

Among many strategies considered in the United Kingdom includes vaccination QR codes. These would make it possible for people who one day get the COVID-19 vaccine to be able to display a barcode to prove it.

The idea is to show proof of vaccine receipt for people who want to attend public events again.

At the moment, the vaccination QR codes are nothing more than one of a large number of ideas that have been suggested. It’s important to note that several others have also been added to the list.

The goal behind using QR barcodes to prove that someone has received a COVID-19 vaccine would be to signal that it is safer for them to attend “high risk” activities such as the theater, soccer games and other larger gatherings.

The idea would be to use quick response codes to help encourage people to get the vaccine when they can. Health Secretary Matt Hancock isn’t ruling out making the jab mandatory for all UK citizens, though that regulation has not been implemented yet. Still, a barcode like this may encourage more people to become inoculated so that they can obtain it and return to more of the locations and activities they have been missing throughout most of this year.

That said, there are some challenges that may arise through the use of UK vaccination QR codes.

For instance, while people who refuse to get the COVID-19 vaccine would be denied entry into places that require a barcode scan, so would those who cannot get it. There are, for example, many people who would not be able to receive the inoculation for medical reasons. It would not be safe for them.

Furthermore, it is likely that the vaccine will be available in a tiered way so that those higher in priority will receive it first. For instance, health care workers, senior care home workers and seniors would likely be among the first to receive it. Other high-risk adults would likely be next, followed by moderate risk adults, and so on and so forth.

This would mean that access to the vaccination QR codes, and therefore to the ability to attend events and higher risk public spaces, would be restricted based on identity and medical conditions. From a pandemic standpoint, there is some merit to that argument. However, others have argued that the use of this type of barcode would place restrictions on individuals who don’t have the choice as to whether 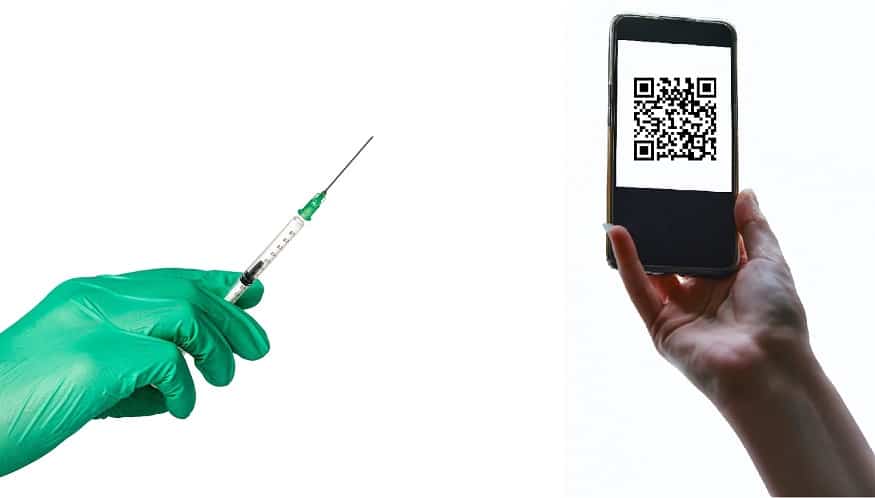 or not they get the vaccine. It is certain that there will be some debate over the issue before the choice is made to move forward with it or not.