UnionPay has reached an agreement with VNPAY

These barcode payments will also be widely accepted by online merchants.

In addition to enabling local merchants to accept these payments, both UnionPay International and VNPAY will work together to expand the acceptance of UnionPay QR code payments so that they can benefit online merchants, as well.

The resulting collaboration between the two companies will allow UnionPay cardholders to purchase movie tickets and airline tickets online using the UnionPay QR Codes designated for this purpose.

“This move will help reduce the cost of payments in Vietnam, change the cash-based payment habits of local residents, bring more business opportunities to local businesses, and promote the comprehensive development of the electronic payment industry in Vietnam,” said VNPAY chairman Trần Trí Mạnh, as reported by Verdict.

VNPAY is no stranger to QR code payments. The company has successfully developed and implemented these payment methods on mobile banking applications. QR Pay has been integrated into the mobile apps of most of the country’s major banks. Among these include Vietcombank, Agribank, VietinBank, SCB, ABBANK, IVB, NCB, SHB, VIB and MartimeBank.

The VNPAY payment method via the quick response barcodes enables users to make fast payments for goods and services and there over 8 million users.

According to UnionPay International, at the end of 2016, the Vietnam government announced it intended to build a cashless society within the following five years. UnionPay is offering its mobile payment services to help with this effort.

At present, UnionPay cards are accepted at almost all ATMs and over 90% of merchants in Vietnam. What’s more, 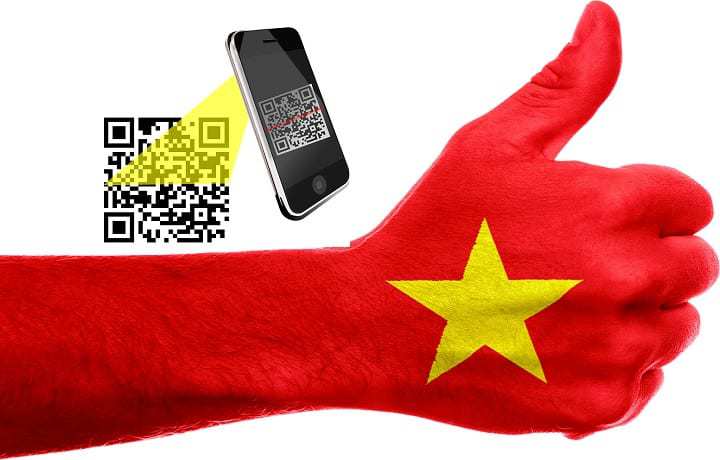 That said, this isn’t the first time UnionPay has teamed up with a company in Vietnam to offer its mobile payment services. Back in February, it partnered with Sacombank, enabling hundreds of merchants in the nation to accept UnionPay QR code payments.