This was the latest move in an escalating battle between the social media platform and the president.

When US President Trump used his Twitter account to say: “when the looting starts, the shooting starts,” he earned his first flagged tweet that was promptly hidden (though not deleted) for “glorified violence”. The post made reference to the protests regarding the fatal arrest of George Floyd, an unarmed Black man in Minneapolis.

The post was covered by a disclaimer stating that it violated Twitter’s policies.

Even though the flagged tweet was covered, the social media platform continued to allow those who would like to view it to be able to click to do so, as “Twitter has determined that it may be in the public’s interest for the Tweet to remain accessible.” This represented the first time a post by the US president has been flagged and hidden. It followed closely on the heels of another flag on the account which fact-checked one of Trump’s posts.

The protests erupted across the United States in response to Floyd’s death when a white police officer in Minneapolis used his knee to pin Floyd to the ground by the neck for several minutes. The protests rapidly escalated in certain areas. In Minneapolis, some demonstrators gained access to a police precinct, burning sections of the building.

As is often the case, Trump took his opinion to Twitter, earning his flagged tweet for the first time.

Trump’s Twitter response was made in two parts. The first part said: “I can’t stand back & watch this happen to a great American City, Minneapolis. A total lack of leadership. Either the very weak Radical Left Mayor, Jacob Frey, get his act together and bring the City under control, or I will send in the National Guard & get the job done right…..” This was left as-is on the platform.

The second part to his own post said: “….These THUGS are dishonoring the memory of George Floyd, and I won’t let that happen. Just spoke to Governor Tim Walz and told him that the Military is with him all the way. Any difficulty and we will assume control but, when the looting starts, the shooting starts. 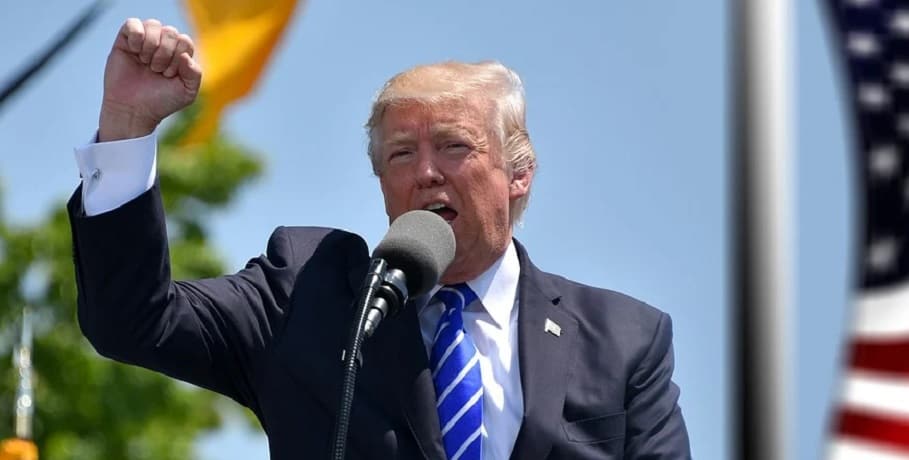 Thank you!” which promptly became a hidden flagged tweet with the disclaimer about glorifying violence but that allowed those who would like to read it to click “View”.