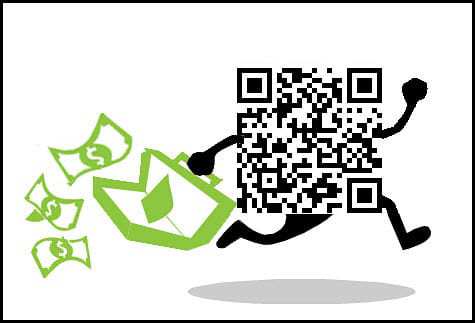 Though mobile barcodes are gaining in popularity, only some brands are using them properly.

QR code campaigns are continuing to appear everywhere consumers look these days, but while some brands are offering truly inspired promotions, others are falling behind with drab and boring uses that are discouraging consumers to perform a second scan.

Companies that do find new uses for the barcodes are standing out significantly.

The following are some of the top campaigns for QR code use that have occurred this year. They are considered special due to the unique use of the barcodes and for the interest that they have received both in the media and from the consumers themselves.

Among these top forms of QR code mobile marketing are:

• USPS – the Postal Service is now running its second campaign that uses a QR code. In this case, it is offering discounts of 2 percent to companies choosing to use their mailers with the barcodes printed on them. This benefits both the companies and shows that there is still a place for snail mail in this increasingly digital and mobile world.

• Coca-Cola – the soft drink giant placed a QR code on its containers throughout the 2012 Europe Cup soccer tournament, giving scanners exclusive videos from the tournament, as well as an easy way to obtain the free SmileWorld social app.

• Proctor & Gamble – PGMobile shopping trucks were launched last month by the beauty and home products corporation, distributing free samples as they patrolled New York City. Both the samples and the truck were emblazoned with quick response codes that could be scanned by smartphone users.

• Volkswagen – the automobile company ran a commercial campaign that received international hype in promoting their Crafter line of commercial vans. It featured a video which demonstrated orange crates being loaded into the van, which were then transported, unloaded, and stacked to create a massive QR code (which was fully functional).

• Budweiser – the beer company included a QR code on its beverage containers, which allowed customers to track the history of the beer they were drinking back to one of the 12 breweries located in the United States.