Mobile apps are a way for companies to conveniently and efficiently communicate with customers and their popularity is only rising. According to Build Fire, there are more than 2.7 billion Smartphone users in the world and approximately 90% of the time spent on a smartphone is through apps.

This popularity means that a mobile app development company has a long list of potential customers when they develop something new. No matter what type of app a company makes or the platform it’s on, there’s always a potential for a large pool of customers.

However, that doesn’t mean that every app is bound for success. Some factors set apps that are widely downloaded apart from apps with low ratings. One of the biggest decisions that developers have to make is the tools they use to develop an app. Having the right development editors is crucial to a project’s success.

Mobile App Developers to Consider for Your Next Project

Atom is a mobile app developer that features cross-platform editing, and it has plenty of features to make app editing easy. From auto-completion tools to simply find and replace features for editing code, there’s no shortage of features to help you out. The software also uses multiple panes and a straightforward filing system to help keep projects organized. 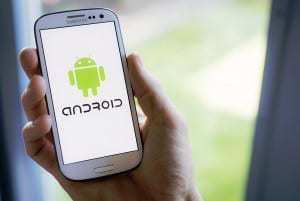 Android Studio is one of the most well-known editors that already have a place as many developers’ favorite choice. It’s a particularly powerful tool for developers working on a Native Android App. The software is full of shortcuts to speed up codings such as its drag-and-drop capabilities and its layout features.

Android Studio also has a simple visual layout editor that allows you to see a page in the app as it would like while you edit it. Developers can also handle app size carefully by using the tool’s APK analyzer. Once they’re ready to test the app out, developers can take advantage of Android Studio’s app emulator as well.

Whereas Android Studio caters to Android apps, AppCode caters to iOS and macOS development projects. It supports plenty of languages and technologies such as JavaScript, Objective-C, Swift, HTML, and more. It also has a powerful navigation tool that allows developers to quickly jump to any file or symbol almost instantly. Its Smart Completion feature also speeds up the coding process by offering precise suggestions for the upcoming code entries.

AppCode also carefully monitors the code that developers input. If it senses an issue, it will notify the user of the errors its flagged for further assessment. This is done as developers go, so it doesn’t add an extra step at the end of the process.

Vim Editor is a universal app development editor with support for hundreds of programming languages and an extensive plugin system. It also allows developers to search and replace seconds of code and take advantage of a multi-level tree when undoing actions.

Vim is constantly updating their editor too. The current version – Vim Editor 8.2 – strives to fix any issues in previous versions. The company is sure to continue to improve an already great product as well, making this a good long-term choice for developers.

GNU Emacs Editor is a right choice for new and expert developers alike thanks to all the features it offers. In addition Also, users can take advantage of color-coded syntax, built-in documentation, and customize settings to fit into their preferences and needs. The software also features a packaging system that allows users to install helpful extensions which allows for additional customization.

If developers are new to GNU Emacs Editor, they can also take advantage of the built-in documentation system which includes a tutorial to teach new users the ropes.

Xamarin is an app developer that is versatile enough for Android, iOS, and Windows development. While it covers all these apps, it’s designed to help developers make the most out of both native app development and cross-platform app development. However, it uses a single .NET code base and features plenty of Visual Studio Tools to make the job much easier.

With everything from documentation to basic tutorials to more in-depth video courses, Xamarin has new developers covered as well. 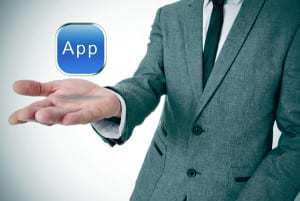 Ionic is made to be easy to use and to offer quick results. It is based on standard web technology; there isn’t a huge learning curve in figuring out its features. It’s a useful tool to build cross-platform for apps as well as native Android, iOS, or Windows apps.

This development editor has integrations with both React and Angular. It also features an Adaptive Styling feature to allow developers to easily style their app for different devices without any hiccups or trip-ups.

Ninox is a web-based platform for building iOS and macOS apps as well as web browsers. It has plenty of time-saving features, including built-in app templates, drag-and-drop features, and the creation of custom forms. It also allows developers to create plenty of different types of applications as well.

Ninox is also another mobile app developer that offers a wealth of tutorial videos to teach new users how to make the most of the tools within the editor. It also offers development teams a place to create a central work space.

A huge factor in creating a successful app is providing developers with the tools they need to do their best work. All of these mobile app development editors are high-quality choices and cover a range of developer needs. If you’re looking for the right tools for your next project, this list is a good place to find what you need!