The new mobile app is available for players using both Android and iOS based devices.

Tim Hortons, the coffee chain out of Canada, has now released a new augmented reality game experience. This mobile app was launched in conjunction with its branded NHL trading card promotion. This brings two beloved Canadian brands into a single AR experience.

This is the second time Tim Hortons has released the NHL trading cards, but the first with AR.

This year, the company has released the Tim Hortons Augmented Reality Hockey Cards app. The augmented reality game was developed by Seed Interactive. That AR and virtual reality studio is based in Toronto. The mobile app is available for devices running on Android and iOS.

To be able to take advantage of the experience, customers buy a Tim Hortons beverage product and some of the new Upper Deck collectable hockey cards. From there, Seed Interactive and the coffee chain came up with two ways to boost the customer’s experience.

The cups and cards both allow the customer to experience a new part of the augmented reality game. 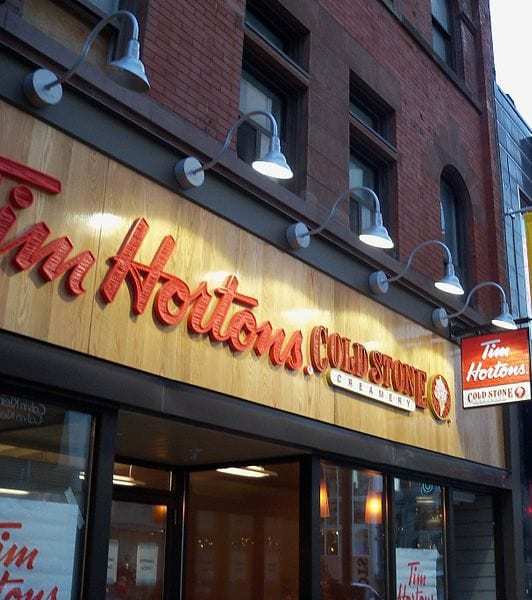 This is because both the beverage cups and the hockey cups can trigger AR components of the app. The application is called the World Cup of Hockey. Once downloaded, the device camera is used to scan the cup or the cards.

When the maple leaf on the cup is scanned, the device screen displays an arena over the real environment background. The arena fills with the crowd, bright lights, and a massive beverage cup placed at center ice.

All 100 of the NHL base set cards are recognized by the augmented reality game app. When they are scanned, the team logo comes to life with the player himself. It also displays the season stats.

As a whole, customers seem to be pleased with the boosted experience of the augmented reality game for this year’s campaign. Admittedly, it’s gimmicky, but it’s still a lot of fun and that’s the point of playing with the mobile app and the cards and cups. It offers just that much more of the favorite coffee and game of Canadians.