The company has revealed that it is on the edge of a release of a new mobile device in the second half of 2014.

According to the participants in a briefing regarding Amazon’s plans, that company intends to make massive technology news in the second half of this year by taking its first steps into the smartphone market.

This has the potential to shake up the industry a little bit and knock Samsung and Apple down a peg.

This latest technology news is just the most recent in a wider push that Amazon is making into hardware that would place it in direct competition with Samsung Electronics and with Apple, as they have already done in the tablet space. That retailer has already demoed various different handset versions to San Francisco and Seattle developers over the last few weeks, said the individuals who took part in the briefing. They were also told that the smartphone will likely receive its official announcement by the end of June so that shipments can begin at the close of September, just in time for the 2014 holiday shopping season.

The smartphone should make technology news by the way this mobile device stands out from the rest. 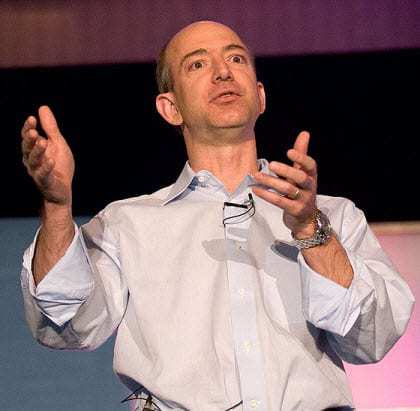 It seems that Amazon is working to create a smartphone that will differentiate itself from everything else that is currently available on the market. Its screen will apparently be able to display what looks to be a 3D image, but without the requirement of special glasses. The mobile device would use retina-tracking tech that would be installed into four different sensors (front facing cameras) that could make certain images look as though they were three dimensional. In this, they will somewhat resemble a hologram.

At the time of the writing of this technology news article, an Amazon spokesperson had declined the opportunity for immediate comment on the topic. This type of smartphone from the retailer would catapult the company into a mobile device market that is already tremendously competitive and that has already watched giants rise to what appeared to be ultimate dominance, before they rapidly fell; Motorola and BlackBerry being primary examples.