These specific devices are making a considerable difference in the overall m-commerce landscape, as well.

The global landscape within the tablet commerce environment may have reached an all time high in terms of competition, but the iPad devices from Apple have managed to hold their position as the firm leader in this segment of e- and m-commerce.

New industry data has recently been revealed that has shown the continuation of the trend.

This data was published by MMW and has revealed that the majority of transactions that occur over mobile devices are actually tablet commerce purchases. More specifically, they are stemming from iPad devices. The report showed that this specific gadget has taken on a very important role in the industry and its owners are among those with the largest degree of mobile based shopping tendencies.

This has been the situation in tablet commerce for some time, but it is notable that it has continued despite the competition. 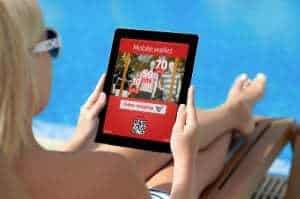 The MMW report was published by Custora in its E-commerce Pulse. What it determined was that “Apple’s mobile supremacy remains” regardless of the fact that the technology giant “continues to be challenged, most notably by Samsung and more recently, Amazon.”

The information that was released within the Custora report suggested that devices based on iOS now make up an estimated 54 percent of all orders that are made over smartphones. That said, those based on the operating system also make up 80 percent of all purchases made over tablets.

This makes it very clear that within the tablet commerce sector of the online shopping market, it is iPad that is, by far, the dominant driving force. This aligns with many previous reports that have indicated that the owners of these devices are not only more likely to actually buy something when using their gadgets to shop for products online, but that they will also have higher overall purchase totals than their counterparts based on other operating systems, such as Android. It will be interesting to watch this trend as the sector matures and as penetration of these devices grows in an increasingly competitive environment.