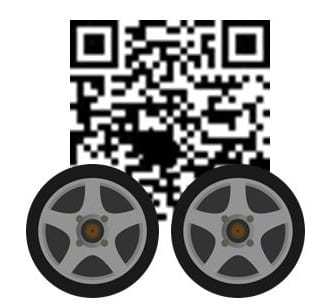 DMEautomotive, an automotive marketing firm, has released the results of a new national survey that focuses on consumer interaction with QR codes. QR codes are widely used marketing tools that have been successful in engaging consumers in a dynamic fashion. The codes have seen relatively limited use in the automotive sector, but DMEautomitive suggests that the codes have strong potential therein. The survey shows that QR code interaction in this sector is on the rise and that consumers are finding value in these simple barcodes.

According to the survey, approximately 18% of automotive consumers have scanned a QR code. Roughly 44% of these consumers claimed that these codes provided them with product information on particular vehicles they were interested in. An equal portion said that they were directed to a simple website. Other consumers used the codes to receives coupons and special discounts that were being provided by automakers and dealerships. The survey shows that consumers were most interested in QR codes that were linked to dealerships and automotive service providers.

Demand for discounts and special offers is high among consumers

Most automotive consumers have a high demand for QR codes that are linked to coupons and other sorts of discounts. Some prefer codes that are associated with the current promotions that are being held at local stores. A portion of consumers are eager to use QR codes to schedule appointments for their vehicles as the codes make the process easier and more streamlined.

Consumer enthusiasm may encourage more use of QR codes from businesses