The pupil used clear artistic skill to create the quick response code on a chalkboard, but without much direction.

A student in Japan has gone to a considerable amount of effort and has used a significant amount of time to meticulously create QR codes on a classroom chalkboard, and despite the considerable achievement of creating this barcode by hand, the URL to which it was linked caused him to face a notable amount of criticism from peers.

Quick response codes are usually digitally generated and printed out because of their complex mix of black and white squares.

While QR codes are popping up virtually everywhere – particularly on product packaging and print marketing materials – they remain a type of image that can be read only by mobile devices such as smartphones and tablets that have a reader app. To the human eye, these 2D barcodes are nothing more than a jumble of black and white squares. As they are challenging to create by hand and impossible to read without a device, they are an unlikely image to appear on a chalkboard in a classroom.

However QR codes are exactly what one student decided to draw, with painstaking accuracy. 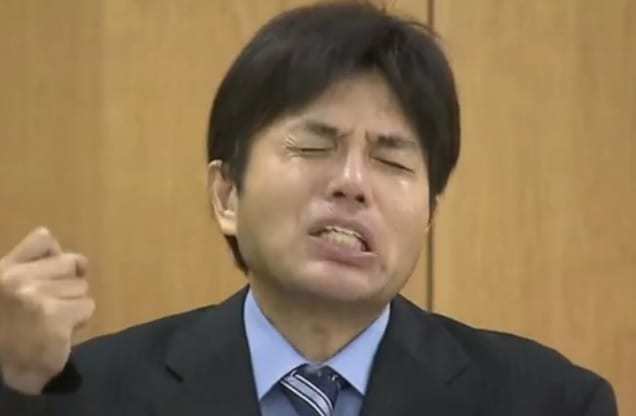 The QRcode was not only accurate in appearance, but it was also perfectly functional. The students in the class were able to use their mobile devices to be able to scan this hand drawn barcode to find out to what mysterious URL it would direct them. What had not been expected was that after all of the care and effort that was made to create a functional barcode, the URL would be one that seemed to have been all but chosen at random.

Once scanned, it was revealed that the work of art directed smartphone users to nothing more than the blog of a Japanese politician who had been disgraced earlier in the year when it was revealed that he had been using public funds to pay for 106 visits to a hot spring in the country. The video of Ryutaro Nonomura sobbing from his shame had been seen by virtually everyone in the country and he had been all but forgotten by the time the student created the QRcode that drew attention back to the blog.

Unfortunately, classmates who had been impressed with the QR codes were not as pleased with the link to which it directed them, calling the student names and telling him that he was wasting his talent.