The popular coffee giant has now upgraded both its application and its rewards program for its customers.

Starbucks has now announced that it has overhauled its mobile app, which is currently used by 17 million people across the United States, in order to be able to offer them a more personalized experience.

The changes have arrived at the same time as the upgrades to the Starbucks Rewards program for free products.

The mobile app now contains a new look and a range of new features, while the loyalty program assigns its rewards based on the number of dollars that are spent in the Starbucks cafés, as opposed to how frequently purchases are made there. The changes made to the rewards program have been made in response to customer complaints that they had been finding it more challenging to earn free rewards, despite the amount they have been spending when they shop.

The mobile app will continue to allow customers to be able to collect their Starbucks Rewards through the new program. 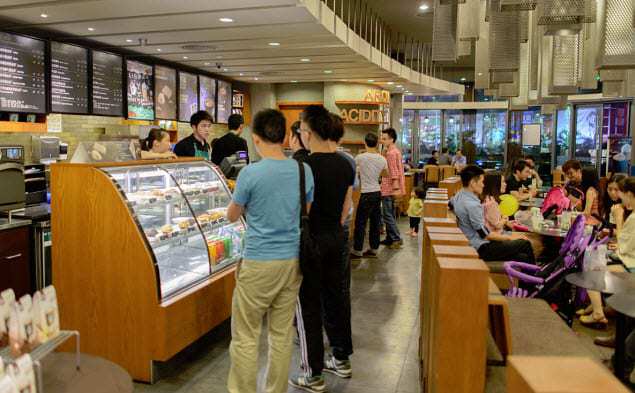 For every dollar a customer spends, he or she will now earn two stars. Previously, the program assigned one star to the customer per visit. That now means that a customer will need to earn around 125 stars (and spend approximately $63) in order to earn a free reward. Previously, it would take twelve stars, which was based on the number of purchases regardless of the amount that was spent.

There are also different rewards program tiers that have opened up and it takes a larger amount of spending in order to arrive at the next level. Previously, there had been three levels. Now there are only two: green and gold. Customers will now need to earn 300 stars in order to move up from the green level to the gold level.

Other changes to the mobile app and reward program include the inclusion of double-star days (where four stars are earned per dollar spent) as well as a number of different tech company strategic partnerships. This will allow customers to be able to earn more stars outside of shopping at Starbucks, but will also be able to earn through partners such as JPMorgan Chase, Lyft and Spotify among others.