A new pedestrian lane has been created for cell phone users in a Chinese shopping mall.

This new path added to the outside of the Bairui Plaza has been specifically created for the heads-down tribe; a nickname for pedestrians who constantly have their heads down with their eyes glued to their mobile phone as they walk and text, use apps, watch videos, etc.

Over 65,000 pedestrians are killed each year in China.

The World Health Organization estimates that approximately 68,000 pedestrians are killed every year in China. With an increasing number of heads-down tribe members, distracted walking behaviors are a growing health concern in China, reported the New York Times.

The new colorfully marked paths outside the giant shopping mall in the city of Xi’an in the northwest province of Shaanxi, are designated for mobile users who cannot be bothered to look up from their phone. The path is part of a strategy to protect these smartphone users prone to the dangers of distracted walking (e.g. walking into potholes, walking into traffic, etc.).

The new paths also send a message to the heads-down tribe who use them.

Although the paths have been created for the purpose of protection, in the same report from the New York Times, the mall’s spokesperson, Cao Hanjia, also made it clear that the mall’s not advocating distracted walking.

“We are not actually advocating for pedestrians to look at their phones,” Cao Hanjia said. “But we can’t regulate people’s activities and tell them, ‘You’re not allowed to look at your cellphone while walking.’”

To show they aren’t advocating hands-down tribe behaviors, the walking path is riddled with messages to encourage users to look up. For instance, one message reads “Please don’t look down for the rest of your life.”

China isn’t the only country where distracted walking has become a serious problem. Last year, QR Code Press reported how a town in the 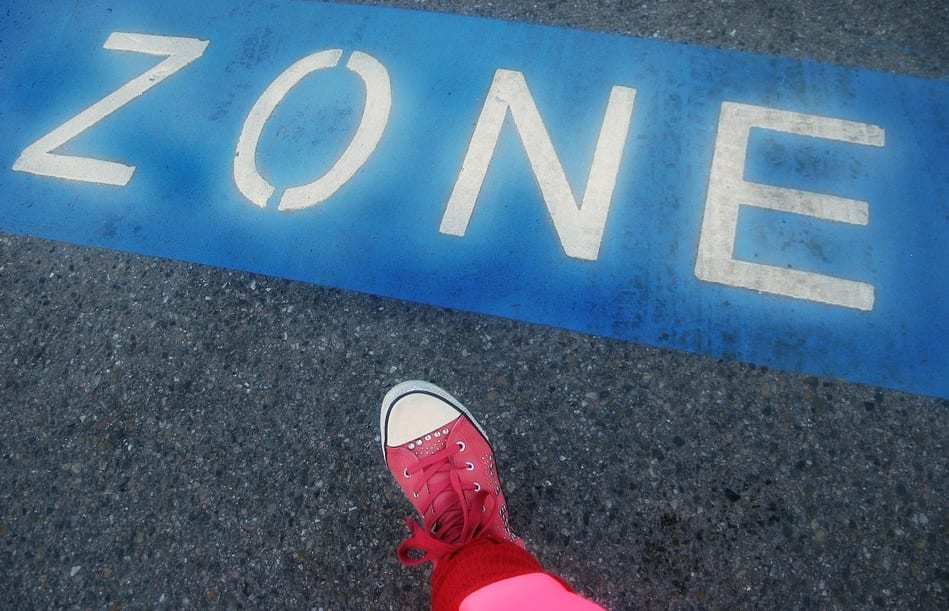 Netherlands added traffic lights to sidewalks to prevent smartphone-using pedestrians from walking out into active lanes of traffic. Even Augsburg, a city in Germany, has gone as far as embedding traffic lights on the street’s surface for the same reason.

Even though this new path in Xi’an may provide pedestrians with a little more protection, it isn’t likely to reduce the growing number of heads-down tribe members.