The two giants are working together to be able to offer integration between both of their platforms.

IBM has now announced a new social media marketing partnership with Facebook, which has been designed to make it possible for Facebook ads to be purchased using data that is a combination of that from the social network as well as from the company’s own Marketing Cloud.

It will also make it possible for marketers to replicate their Facebook campaigns on other platforms.

IBM is far from the first company to reach into the social media marketing platform at Facebook. At this point, there is already a complete environment of different companies that play one role or another in the ad capabilities of the social network.

That said, according to the director of IBM Commerce, Jay Henderson, this partnership is unique in that it makes Facebook the very first company to become a part of THINKLab at IBM. This will make it possible for team members from both companies to be able to work with marketers in order to develop campaigns that target personalized consumer experiences. Henderson pointed out that “No other company is doing this with Facebook today.”

This could bring an entirely new level of customer analytics capability to social media marketing. 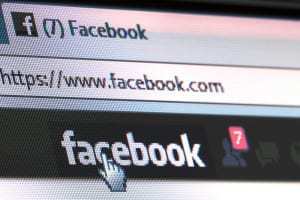 Henderson said that the past few years have seen a $24 billion investment from IBM into analytics. That included the funds that were poured into the company’s Journey Analytics, its most recent innovation. Now, it will become possible for that data analysis to become available to its clients – which include some of the largest retailers, banks, and insurers in the world – who want to connect with their customers over Facebook.

This could represent a highly meaningful improvement in the precision of social media marketing and could boost the relevance of advertisements to the people who are viewing them on the social network. That could prove advantageous to both marketers and to customers who will receive a greatly improved experience when the advertising that they see is something that is actually relevant to their lifestyles, interests and needs. The difference made could ultimately be a substantial one.