Other big names such as Visa have also lost huge opportunities to promote during the Winter Games.

If anything has ever been able to demonstrate the power of social media marketing in terms of spreading the word and sending messages to consumers, it has been the events that have occurred surrounding the Sochi Winter Olympic Games, which have seen the advertising from some of the largest corporations in the world disrupted and considerably weakened.

Until now, the power to reach consumers has always been in the hands of those with the largest budgets for campaigns.

However, activists standing up for the LGTB community have shown that dedication to social media marketing can punch massive holes into the efforts of giants with seemingly endless ad budgets, including Coca-Cola, McDonald’s, Proctor & Gamble, Visa, and others. While the activists have made repeated social media news headlines, giant corporations have found themselves stepping back to an increasing degree. Clearly, they have underestimated the power that Facebook, Twitter, YouTube, and even Google+.

The right social media marketing tools have caused a considerable shift in the power to engage consumers. 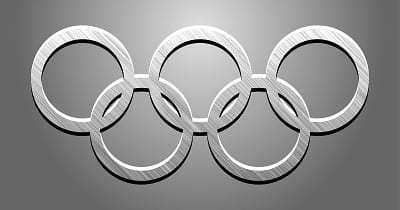 The issue has clearly been that despite the expertise that these companies have previously shown in television, radio, print, and even mobile marketing, they have greatly underestimated what social media news is capable of accomplishing and haven’t developed the type of campaigns that would be required in order to deal with the onslaught from the LGTB rights activists.

McDonald’s, for example, tried to launch a #CheersSochi twitter feed shortly after being hit by thousands of consumer complaints about their sponsorship of the games despite the controversial laws against the LGBT community in Russia. That hashtag was meant to help to send support messages to the athletes, but what they received was floods of tweets that challenged the quick service chain’s sponsorship of the Olympics. The restaurant responded by withdrawing the hashtag.

Similarly, Coca-Cola had to end its name and message generator website for personalizing virtual soda cans to share over Facebook. Activists and their supporters were using those digital cans to create messages about the anti-gay brutality in Russia and Coke’s continued sponsorship of the games there.

These were only some of the social media marketing strategies used by activists and the companies simply were not ready for this level of backlash. Now, they have had to hold back many of their planned campaigns and have lost tremendous windows in which to advertise during the Olympics. Clearly, companies need to rethink the way that they view this channel in order to help to ensure a healthy relationship with their customers and avoid the erosion of their reputations.