The Snapchat Adidas mobile game, called “Baseball’s Next Level,” is an 8-bit mobile game available on the social app. The game, which is the result of a partnership between the German sportswear giant, the social app, and the American sporting goods retail company, lets Snapchat users play as MLB athletes and each of those athletes are wearing their own limited-edition cleats from the Adidas 8-bit collection.

Snapchat users can purchase the shoes directly within the game.

The Snapchat Adidas mobile game is produced in partnership with developer AvatarLabs, and has been designed as a “home run derby, old-school style” game, according to Engadget.

As previously mentioned, a player can choose to play as some of Adidas’ Major League Baseball (MLB) athletes. Some of these athletes include the likes of Aaron Judge from the Yankees, Alex Bregman and Carlos Correa from the Astros, and Justin Turner and Kiké Hernandez from the Dodgers.

Each one of these athletes has his own Adizero or Icon V cleats in the Adidas 8-bit collection. Every one of the featured cleats can be purchased directly from the game.

The Snapchat Adidas mobile game is a first for the social app.

“Baseball’s Next Level” marks the very first time that Snapchat is allowing people to purchase a product inside a game from any brand.

For Adidas, the shoppable game could help the company appeal to Snapchat’s primarily young user base, which typically engage in both social commerce and mobile gaming. As for Snapchat, even though the game is not a part of its Snap Games platform, the company is clearly open to trying a different approach to retail.

As for the cleats that players can purchase via the game, both the Adizero and Icon V feature unique details, including coin graphics on the tongue, plate and sock line, and 8-bit patterns on the upper. Additionally, the shoes come with “up” arrows on the heel’s pull tab to represent a player “levelling up”.

Each cleat carries a price tag of $130 and can be purchased either through the game or directly from the Adidas site. 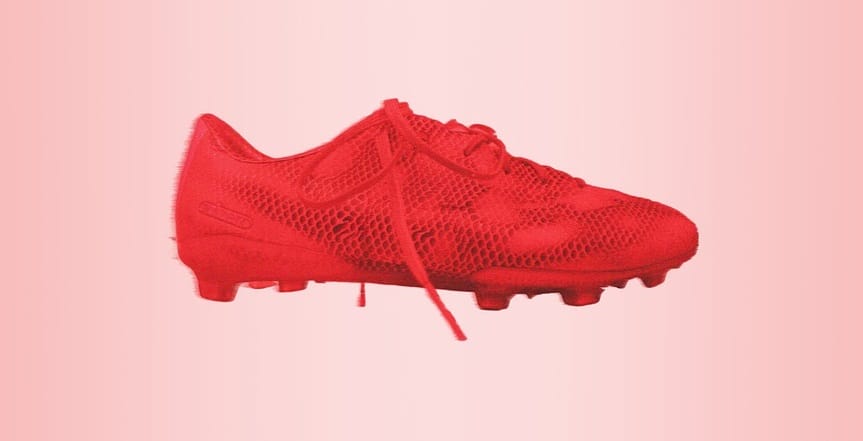 The Snapchat Adidas mobile game will be available until the end of October to celebrate the 2019 MLB playoffs and World Series.