It appears as though Hewlett-Packard is working to design wearable technology with a round shape.

Recent reports have shown that Hewlett-Packard is working with fashion designer Michael Bastion in order to come up with a smartwatch that has a round design that is somewhat comparable to the Moto 360.

This wearable technology will enter HP into this market and will be sold exclusively on Gilt.com.

The smartwatch will likely become available for sale on the website this fall. As one of the struggles that wearable technology devices have faced, as a whole, that they can look rather geeky and aren’t the type of thing that people will want to wear all the time to work or when they’re headed out and want to look nice, HP has taken the additional step of hiring a fashion designer to manufacture a better looking product.

Working with fashion designers for this purpose has become a growing trend in smartwatch creation. 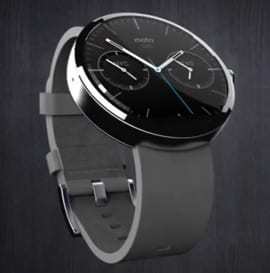 Along with the partnership that HP has formed with Michael Bastion, the company has also entered into an agreement with Gilt.com, the luxury e-marketplace. According to reports, HP originally spoke with Gilt about working with a fashion designer. It was Gilt that recommended Bastian to Hewlett-Packard and who brought the designer into the group, feeling that this was a perfect fit.

The partnership now involves Bastian providing the design, while HP builds the technology and Gilt will sell the completed wearables.

At the moment, the actual details about the gadget – outside of the general information that has been reported about the partnership, very little has been revealed. Speculations that the device will have a round shape like the Moto 360 that is based on Android Wear, have been quite strong.

The smartwatch will sync with a smartphone in order to be able to provide the user with features such as display notifications, to be able to check for updates in a span of different areas, and to be able to control music. The HP gadget will be the next in a number of recent partnerships in this category that are bringing a focus on appearance as well as function.