The wearable technology gives Fido the opportunity to track health as well as a human fitness tracker.

Invoxia’s Smart Dog Collar is among the gadgets debuting at CES 2022 that has drawn the most attention simply because it is utterly and completely cool.

This wearable technology is meant for furry family members and can help monitor a pet’s health.

This gadget is leaps and bounds over some of the smart dog collar products that have been released in the past. It is quite comparable to the type of technology we expect for our own human fitness trackers. It has GPS features and provides everything from respiratory rate to heart rate tracking. It is expected to hit the shelves this summer with a price tag of $99 – also somewhere along the lines of human fitness trackers – in the United States. It is expected that it will have a UK and European release not long afterward. To be able to access the GPS features, there is a monthly subscription rate of $12.99.

The Invoxia smart dog collar stands out from previously released rival devices that typically run on a combination of accelerometers and GPS sensors to help gauge the health of the animal. This new device, on the other hand, has resulted from partnerships with veterinary cardiologists for the development of learning AI using miniaturized radar censors. 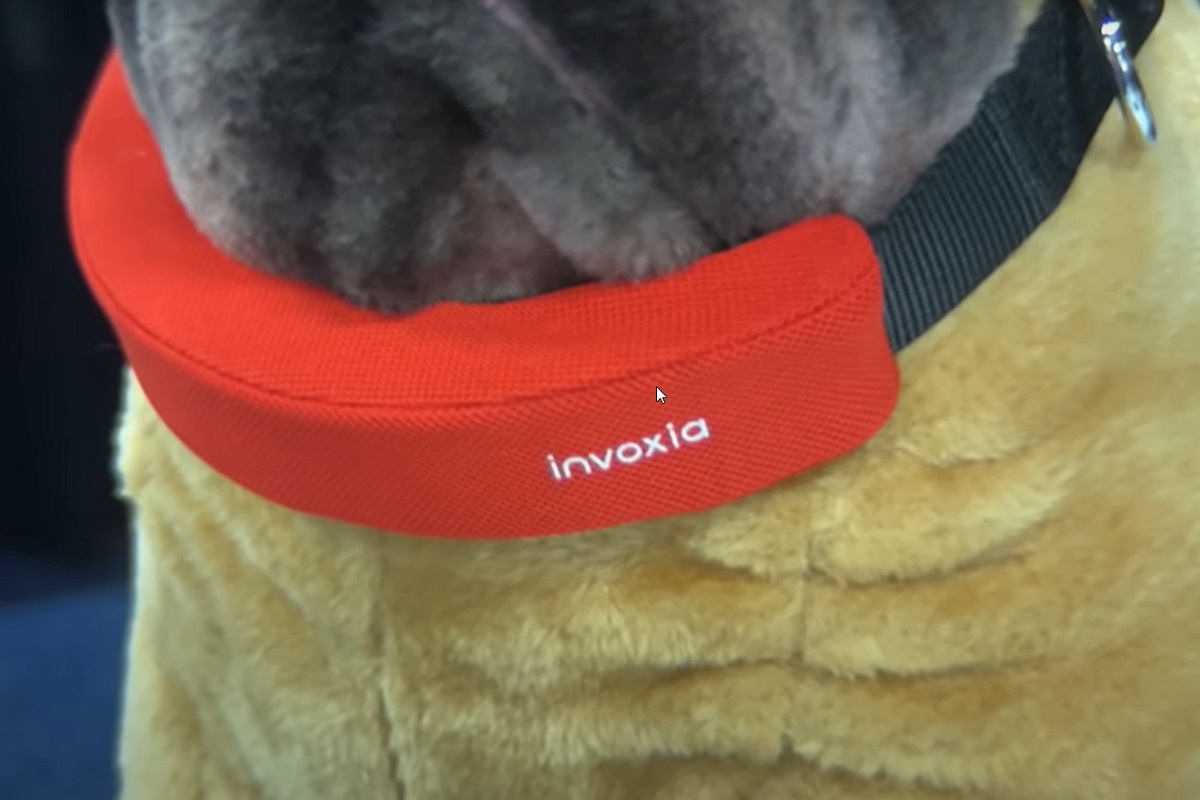 The smart dog collar sensors can take readings regardless of how furry a dog may be.

The sensors have allowed the device to overcome a major challenge to gaining readings from dogs with this kind of wearable technology. The miniaturized radar sensors, said CEO of Invoxia Amélie Caudron in a recent Verge report, will take readings regardless of how furry the pet is.

“There’s a radar that faces the neck and sends a radio signal, and that signal will not be reflected by the hair,” explained Caudron. “So it doesn’t matter how much fur or hair there is, it’ll be reflected by the first layer of skin. So the radar will actually be able to know the speed and movement of the skin right under the collar.”

The CEO also underscored that dogs shouldn’t be bothered by the smart dog collar because it has a loose fit around the neck.