The first wave of cards have been issued to Assam members of the Tea Board of India.

The Tea Board of India has started issuing new QR code identification cards to its Assam small tea growers. The first group of growers now have their cards in the Bongaigaon District in an event held by the board’s executive director.

Members of the small tea growers tea association in that region received the first batch of I.D. cards.

Identification systems among the small tea growers in the Assam state of India has been a long standing struggle. There has been demand for this type of system for many years, but the expenses and resources required were expected to be substantial, so an affordable and practical system needed to be developed in order to make sure it could be properly implemented and maintained.

The new system involves QR code identification on a card that will eventually be issued to all tea growers. Initially, there was a Tea Board of India program launched in 2013 which used an identity card featuring a photograph and biometric components stored on its own memory chip. This allowed the board to collect data records from 88,000 small growers within the state of Assam.

The ID process is ever improving and the QR code identification feature is meant to help keep it practical. 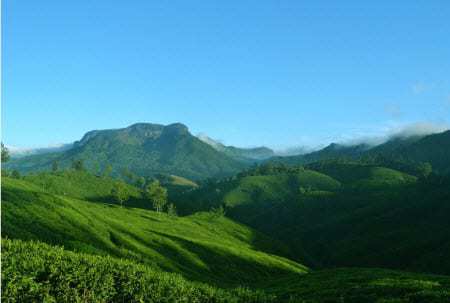 As helpful as the memory chips and biometric features may have been, quick response codes are far more practical and affordable. These unique QR codes make it possible for a mobile app to be used to scan and verify identity. This means that specialized chip readers will no longer be required. Moreover, the barcodes are far more affordable to produce.

The decision to replace the biometric features and storage chip cards was made in 2017. The goal was to save money and streamline the entire process of leaf collection.

The new QR code identification cards are being issued to small growers for the purpose of purchasing and selling green leaf from small tea growers. This is all possible by way of a mobile app that can be used to record the leaf quality and quantity to be sold to factories, while time and date stamping it all through the rapid scan of the QR codes. This also ensures that the growers’ ID details are captured to improve the traceability of any given sale.