Quick response codes were fading away before fully taking off, until the pandemic arrived.

Shopping QR codes never fully managed to achieve mainstream adoption over the years leading up to the pandemic. That said, their use rapidly took off as businesses sought ways to provide contact-free service and research shows consumers love them.

The pandemic has introduced quick response barcodes to consumers in a highly practical way.

Equally, research conducted by Outform – a shopper agency and manufacturing hybrid company – showed that 50 percent of consumers view shopping QR codes as “the future of shopping.” This, despite the fact that they were used relatively infrequently in the years leading up to the pandemic.

The barcodes were first invented in 1994 and had decades to take off in use, which they barely did at all in a consumer-facing way. Certainly, they were appearing in certain print advertisements and in a smattering of other places, but in terms of mainstream use, they were on their way out just as much as they were on their way in. The sudden urgent need for fast, simple, and inexpensive ways to offer contact-free information, services and payments changed that situation very quickly.

Shopping QR codes provide many shoppers with the incentive to investigate a purchase.

That said, the research did show that though the incentive is there, the connection between the barcode and an actual purchase is not guaranteed. Still, among the respondents, 40 percent said that they felt that they would be more likely to complete a purchase if the experience involved one of the barcodes. Then again, 38 percent said that they would have a greater likelihood of actively shopping somewhere if the QR functionality was provided. 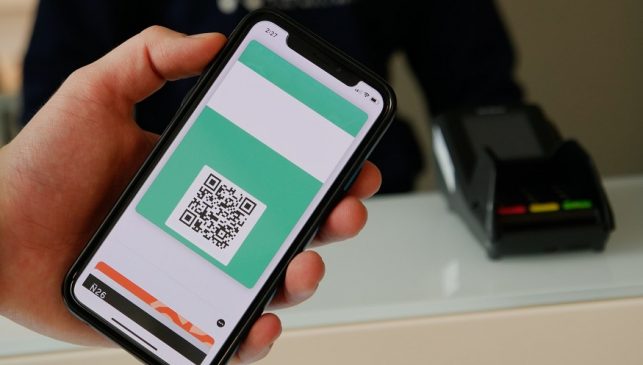 The more younger shoppers take safety concerns seriously during the pandemic, the greater the use of shopping QR codes. Among 18 to 34-year-olds, 57 percent said they felt that their shopping experience was safer because of the barcodes. The same was said by 40 percent of the respondents aged 55 years and higher.

Small business owners have been slow in the past to provide QR codes for touch free payments but are quick…ly (pun intended) catching on. Next, inline for businesses to explore is the low cost mobile marketing that any brick and mortar store can utilize with this simple but effective tool.