The luxury foldable smartphone that converts into a tablet is proving to be not so durable.

According to several reviewers who received early access to Samsung’s Galaxy Fold, their new devices broke only a few days after use.

One reviewer from Bloomberg said his foldable phone was unusable after only two days of use.

“The screen on my Galaxy Fold review unit is completely broken and unusable just two days in. Hard to know if this is widespread or not,” reviewer Mark Gurman from Bloomberg said in one of a series of tweets he made documenting how the screen of this Galaxy Fold broke after he removed the screen’s plastic film.

The screen on my Galaxy Fold review unit is completely broken and unusable just two days in. Hard to know if this is widespread or not. pic.twitter.com/G0OHj3DQHw

Gurman isn’t the only one to have experienced issues with the phone. Dieter Bohn from The Verge said his device had a “small bulge” on what he believes is a defective hinge.

Other reviewers have also shared their problems with the smartphone-converting-to-tablet device, noting a constant flickering of the screen.

The reports of these tech flaws has unnerved investors, with CNN Business reporting that Samsung shares finished 3% lower in Seoul last week.

Samsung intends to inspect the faulty Galaxy Fold units in person to determine the cause of their defects.

After receiving a few reports regarding problems with the devices that had been provided to media outlets for review, the company intends to “thoroughly inspect these units in person to determine the cause of the matter,” a spokesperson for Samsung said in a company statement.

The spokesperson added that some of the reviewers reported that they removed the top layer of the display, which caused damage to the screen.

“Removing the protective layer or adding adhesives to the main display may cause damage. We will ensure this information is clearly delivered to our customers,” the spokesperson said.

That said, one has to wonder how easy it is to remove the top layer of the display if several reviewers reported peeling it off, including Gurman who said it looked like any other screen protector you’d peel off.

Nevertheless, Samsung has said that its Galaxy Fold, which will be available on AT&T and T-Mobile starting April 26, has already sold out on its website. Even so, only time will tell if the issues early 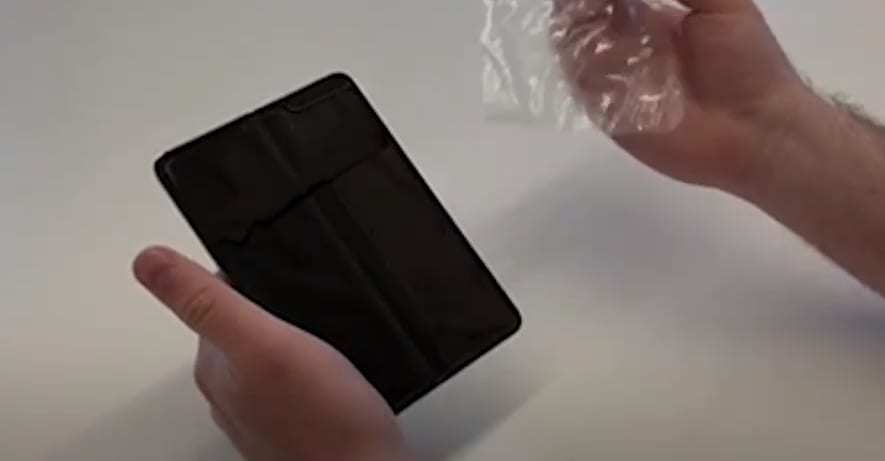 reviewers have experienced will hurt the sales of the device going forward, especially since it’s not cheap, costing $1,980.