The new devices were unveiled during the Samsung Galaxy Unpacked 2015 at the Mobile World Congress.

The latest smartphones from Samsung have now been unveiled, including the Samsung Galaxy S6 and the S6 Edge, both of which are going to be equipped with mobile payments technology that will help to keep it in direct competition with Apple.

Moreover, it has scrapped its traditional plastic frame in favor of more sleek metal and glass designs.

The latest releases from Samsung have also included a premium model, which was a new strategy. This version of the smartphone, the Galaxy S6 Edge has curves along its edges in order to make it possible for information to be seen on the side, as well. What was shown at this event wasn’t the complete unveiling of the product. That is, while the smartphones were shown, the mobile payments service will not actually be unveiled until this summer. This will add it as another direct competitor against Apple Pay.

Samsung is hoping that the Galaxy S6 will help it to recover its position in a top smartphone spot. 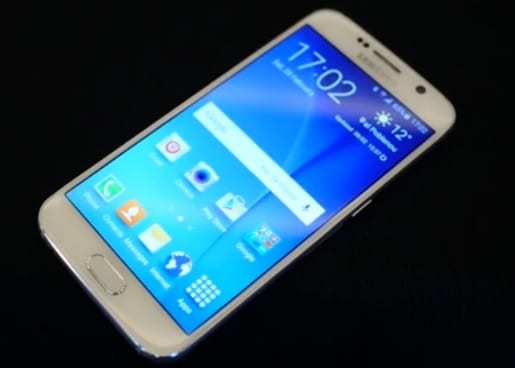 The company and Apple have been leapfrogging over each other when it comes to creating the top mobile devices in the world, over the last few years. The success of the iPhone 6 and 6 Plus has helped Apple to be able to propel itself forward again. Those devices were created to be larger than its older smartphones, appealing to Samsung customers who had already been working with bigger screens.

Now, the metal frame of Samsung’s new smartphones have metal frames and glass backs, differentiating them from Apple, which abandoned that style in favor of plastic for the latest iPhones.

The rear camera for the Galaxy S6 will stay at 16 megapixels, but both the front and rear cameras are going to have wider openings, which will allow more light to enter and will result in sharper images. Moreover, the manufacturer also says that the pictures taken with this device will produce better accuracy of color and improved focus. This is partly because of the infrared capabilities of the phone, which were implemented as a component of its heart rate sensor and for detecting lighting conditions.