Samsung has shown off more of what its new foldable phone can do.

At its Galaxy Unpacked 2019 event in San Francisco, Samsung revealed its new foldable phone that it teased back in November, will be called the Galaxy Fold. Although not yet on the market, Samsung intends to launch its foldable phone at the end of April.

The foldable phone can easily fold to fit in a pocket or opened to a tablet-sized screen.

The Galaxy Fold features a 7.3-inch Infinity Flex Display. It is this display that allows the phone to have a tablet-sized screen and enables it to be folded to become pocket-sized.

The main display is QXGA+ resolution (4.2:3), reports the Verge, and when it is folded into the phone mode, the display shrinks down to a smaller 4.6-inch HD+ (12:9) display.

In terms of storage and power, the Samsung Galaxy Fold reportedly uses 512GB of Universal Flash Storage 3.0 (eUFS) for fast speeds as well as a Qualcomm 7nm octa-core processor and 12GB o RAM.

Additionally, the Verge notes that the company has built two batteries for the device, which are separated by the fold but that work together in the Android operating system to provide a total 4,380 mAh.

The Galaxy Fold features three cameras and has a “fold-life” of at least 200,000 times.

The foldable phone has been built to be durable. Its hinge system is equipped with multiple interlocking gears (all of which are hidden at the rear of the device) that allow the phone to fold and unfold.

According to Samsung, the phone can fold a minimum of 200,000 times. To put this into greater perspective, this would mean the device should be able to withstand being folded 100 times a day for 5 years.

As for cameras, the device is equipped with three to support both the tablet and phone mode. There’s a 16-megapixel ultra-wide camera, a 12-megapixel wide-angle and telephoto camera at the rear of the device, and a 10-megapixel selfie camera.

The foldable mobile device will run three apps at once and uses an app continuity system to adjust these apps when users move between modes. So far, WhatsApp, YouTube and Microsoft Office have all be optimized for the new display and modes. Furthermore, the device should support Android 9 Pie. 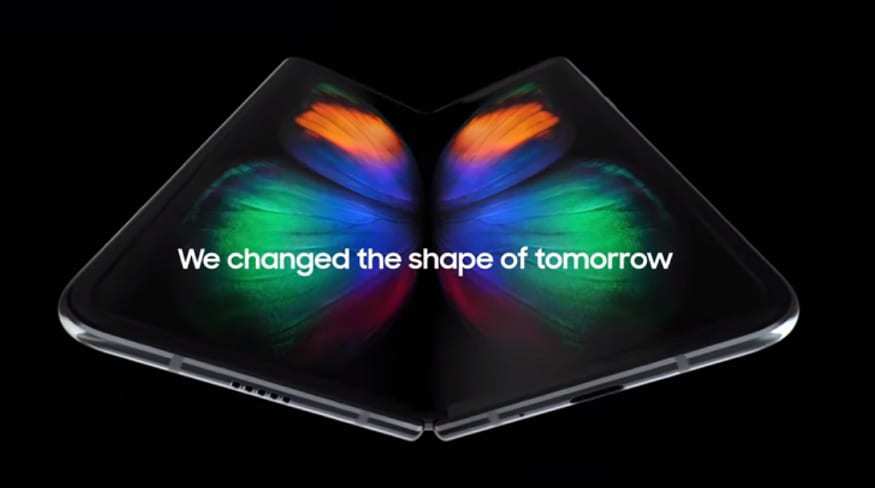