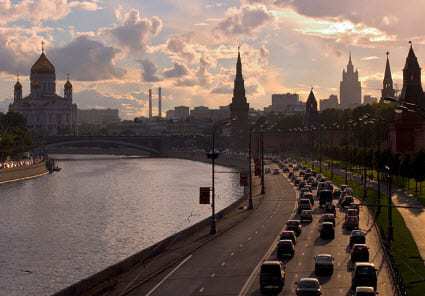 The Russian government is taking bold steps to ensure road safety. Moscow, the nation’s capital, has been plagued with an overabundance of road accidents recently, leading officials to launch a new initiative to raise awareness. The Russian Ministry of Transport has developed a new mobile application that leverages augmented reality for the sake of safety awareness. The transit authority has decided to take a much more somber approach to the issue than simply teaching citizens about the rules of the road. The government is instead showing them where people have died as the result of a car accident.

Hundreds of accidents happen each day in Moscow, most of which go unseen by the everyday motorist. While the accidents often go without notice from the public, they certainly do not go undocumented. The app makes use of location aware technology and AR to show drivers what has happened in an area they are driving through. At first glance, the application overlays a number of cartoonish figures that represent the happenings of each accident.

While users are initially met with a relatively tame display of these accidents, they are given access to graphic photos and video coverage of the events as they happened. The government is taking an aggressive approach to road safety, hoping that the app will teach drivers, and pedestrians, a valuable lesson in safety.

The Russian Ministry of Transport has also leveraged QR codes for this same purpose. The codes are featured on city streets, along with a chalk outline of a body. Scanning the codes initiates a video of a car accident that happened right on that spot.