Qualcomm moving away from AR glasses

Qualcomm is one of the largest companies in the mobile space currently. The company is responsible for a wide range of technologies that go into the most famous mobile devices currently available on the market. Qualcomm recently adopted a strong focus on augmented reality technology, spurred by consumer demand and the growing interest its competitors have been showing the technology in recent years. Qualcomm’s leading augmented reality platform, called Vuforia, has been the crux of many advances in the realm of interactive technology, but it has done little to win the favor of CEO Paul Jacobs.

CEO finds glasses to be uncomfortable for consumers and himself

Jacobs has shown interest in augmented reality in the past, but the Qualcomm CEO recently noted his disdain for wearable augmented reality devices, such as  glasses. Jacobs notes that his experience with immersive, wearable systems have resulted in nothing more than a headache. This could be due to field of view problems, as the digital content presented to a wearer of augmented reality glasses is projected very close to the eye. Qualcomm looked into the issue and found that a sizable percentage of consumers report getting headaches from using such systems, thus making augmented reality glasses a hard sell. 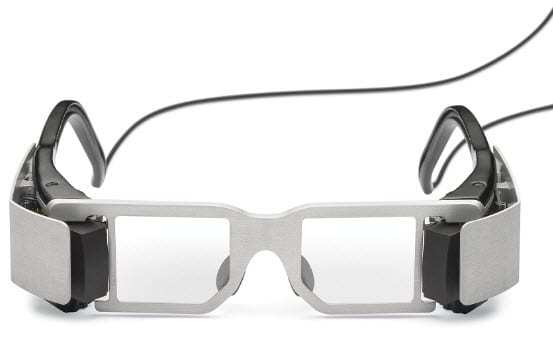 While Jacobs may not be a fan of augmented reality glasses, he is still a supporter of the technology behind them. Qualcomm will not be pursuing the development of its own augmented reality glasses for the foreseeable future. Instead, the company will be working to develop an alternative that can be worn around the wrist. Jacobs refers to this device as a “smart watch.”

Smart watch may be a decent alternative to glasses

There are currently a large number of smart watches being developed by several technology companies all over the world, but few of them make use of augmented reality technology. Qualcomm believes that a smart watch can provide consumers with the features they enjoy without the risk of causing any discomfort for them. Whether a smart watch will be a suitable alternative to augmented reality glasses has yet to be seen.