The artist of the piece is Guillermo Bert and is bringing tradition and technology together in his work.

Los Angeles artist, Guillermo Bert, is bringing the tradition of Native American blankets and the high tech style of QR codes together to create a textile piece that can be scanned by smartphones.

The artist noticed that the geometric patterns in the blankets and tapestries look somewhat similar to the barcodes.

This allowed Bert to bring together QR codes and this artwork’s traditional to help to better tell the stories behind them. This is because instead of being limited to the design on the piece itself, it can be scanned so that the stories and history behind the pieces can be shared with the viewer. Bert explained that “These cultures have beautiful tapestries.” 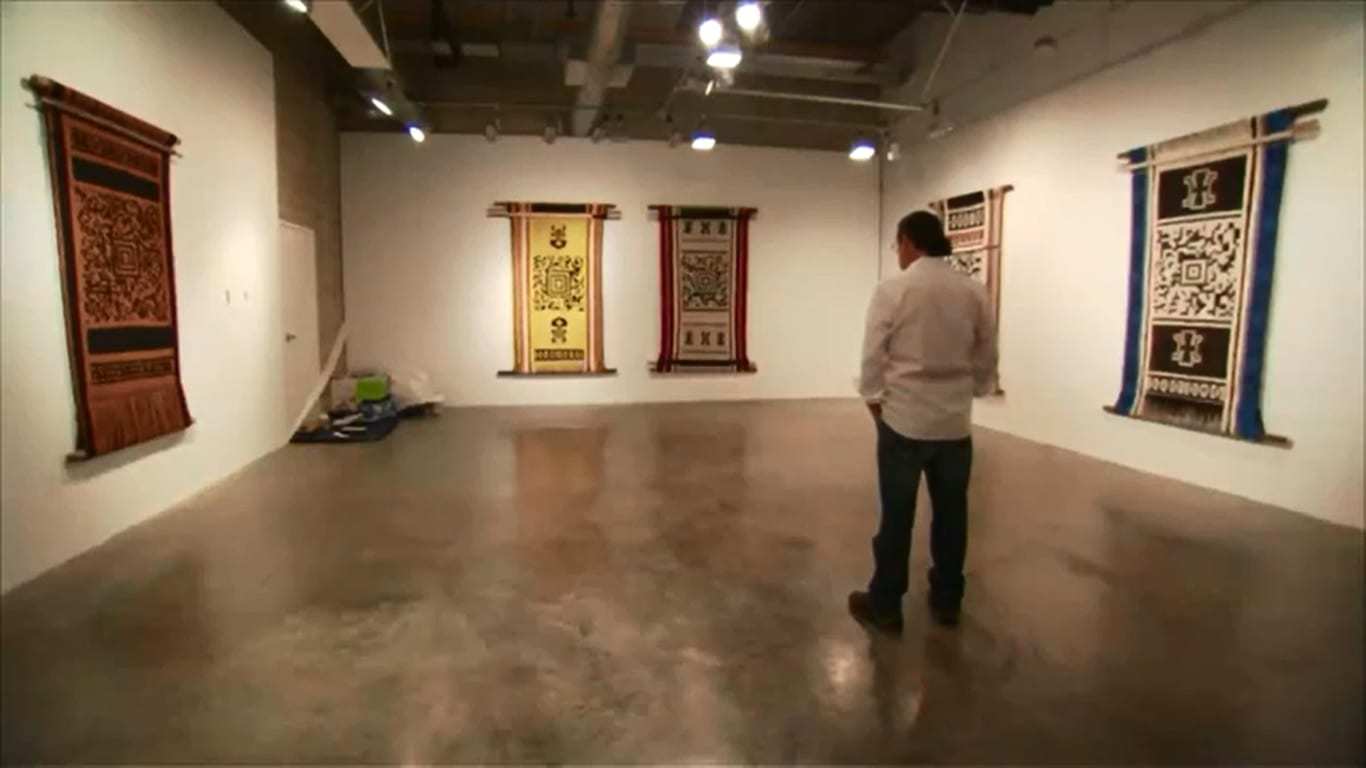 Bert feels that QR codes blend very well with the geometric shapes within their designs.

He went on to express that “They’re all different, but they share a similar aesthetic.” Though his “Encoded Textiles” QR codes project was started a while ago, it will soon be unveiled at various museums and galleries around the world. Bert stated that his initial inspiration for the project was from North American textiles, but as he traveled to Chile, his native country, he realized that the peoples of the indigenous tribes there (known collectively as the Mapuche – from the words mapu, which means “of the land” and the word che, which means “people”) also work with comparable patterns.

The Mapuche are unique in that they were the only indigenous peoples to have survived against the Incan Empire and then the Spanish conquistadors, as well. They were able to maintain their independence until nearly the end of the 19th century, at which time they were moved to reservations by the Chilean government. Today, the younger people are increasingly making their way into the mainstream population, causing the disappearance of the oral history and the dialects of the Mapuche.

Bert interviewed craftsmen, activists, farmers, poets and elders from the Mapuche and created individual QR codes for many of their stories and quotations. Mapuche weavers then went to work incorporating those barcodes into tapestries so that they could be scanned and the information that Bert learned about the culture could be shared with viewers.