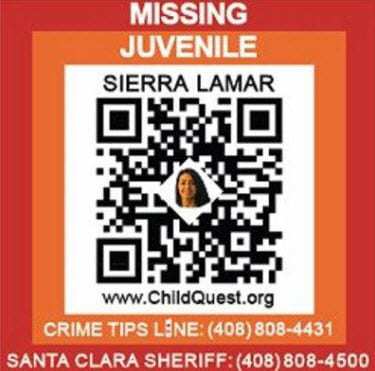 Milk cartons and posters displaying the image of missing children have just gone much more high tech with the addition of QR codes that can be scanned using mobile devices such as smartphones and tablets.

Though the print ads still serve their purpose to help to reach a broad audience of people and find out if a missing child has been spotted, they are very limited in the amount of information that they can provide. With the addition of the barcode, a smartphone is all someone needs to gain further information and find out if it could be someone that they have seen.

Scanning a QR code for a missing child can provide more information and photos of that individual, as well as a hotline number that can be clicked so that a call can be automatically placed.

After social networks such as Twitter and Facebook, QR codes are the very latest in helpful tools in the digital world that can help to find children who have vanished from their homes and families.

An example of their use occurred in the case of Sierra LaMar, a 15 year old girl who went missing while she was on her way to the bus stop on Morgan Hill. A sheriff’s sergeant from Santa Clara County called Child Quest International, based in San Jose, and requested that a QR code be added to the fliers that were being printed to help find Sierra.

Sierra’s family and friends have also been using social networks, such as Twitter, where they have tweeted about candlelight vigils, as well as on Facebook, where they have posted a number of videos and photos. This has allowed them to connect with volunteer searchers, has given others the chance to express sympathy, and has permitted them to spread the word.

Another example of this occurred when the KlaasKids Foundation requested earlier this week that individuals use Sierra’s picture instead of their own on their Facebook profiles in order to maintain the place of the picture in the online spotlight.

According to Anthony Gonzalez, when talking about QR codes, “People who know about it rave about it. Others have never seen it and wonder, ‘What is this thing on the poster?’”. He believes that more education about the technology is required.