China has a new popular activity surrounding the scans of red QR codes that were created by Tencent in order to be able to help device users to increase their odds of receiving lucky money.

When the red QR codes are scanned, they provide users with the ability to download mobile apps onto their smartphones or tablets. This method was chosen because it allows the users to simply read the barcode and then directly download the app through their WeChat Scan. It skips the step of having to search for the application in order to download and install it and offers developers a brand new distribution opportunity for their own products. In such a competitive marketplace – especially in the games category – developers are happy to take any chance they can get to boost their download figures.

Of course, the real kicker for encouraging the scanning of the red QR codes is in the chance to receive lucky money. 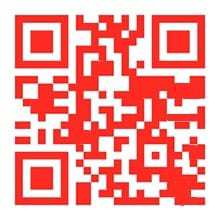 The staff from Tencent recently revealed that users of Android devices who scan the red quick response codes through Yingyongbao will be eligible to receive lucky money through Wechat. In fact, they say that the chances of winning are 100 percent. The amount that is won varies widely, but these red packets can contain as much lucky money as 200 Chinese Yuan (approximately US$32).

There has already been considerable success seen in the use of these QRcodes, particularly during the launch, itself, during the May Day holiday. There were offline marketing events held in a number of different locations such as in major city plazas and landmark buildings. Aside from Tencent, there were about 20 mobile app developers in participation at these locations. Although the actual number of people who attended these various campaign locations, estimates have said that the total was in the tens of thousands.

Since then, the popularity of scanning the red QR codes to receive a red packet has been a tremendous hit and continues to encourage people to read the barcodes throughout the largest cities in the country.