According to the company, consumers are using quick response codes more than ever before.

Despite the fact that it seems as though QR codes aren’t generating the media hype that they once did in terms of marketing headline news, consumers are now paying attention to them a great deal more than they ever have.

A new report has now been released by ScanBuy which shows that mobile barcode scans are on the rise.

The company showed that there has been a considerable increase in the number of QR codes that are being scanned, over the last year, which suggests that consumers are starting to become familiar with what the barcodes are, they have learned how to use them, and are doing so in order to obtain some form of value. There has been a considerable learning curve associated with the use of quick response codes, but it appears as though a much more practical point is starting to be reached.

The Q1 2014 trend report from ScanBuy showed that QR codes are engaging consumers. 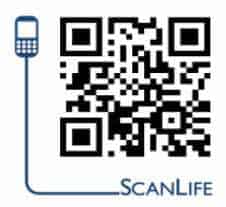 The report indicated that 22 million mobile engagements – such as quick response codes, NFC technology, barcode scans, and Microsoft Tags – had been processed throughout the first three months of this year. This represents a 20 percent increase over the engagements during the same period of time in 2013.

Android devices were behind slightly more scans (51 percent) than the second place operating system, iOS, which brought in 46 percent of the scans. The cities in which the largest number of QRcode scans took place were in Houston, Texas; Madrid, Spain; Barcelona, Spain; Dallas, Texas; and New York City.

The quick response codes that proved to be the most popular in terms of what they provided were those that would provide the customer with a video, followed by those that were intended for customer relationship management, downloading mobile apps, and for mobile commerce. The industry that achieved the highest number of scans was in food and beverage, followed by electronics, then entertainment, and finally media and wireless.

According to the ScanBuy CEO, Mike Wehrs, who discussed the use of QR codes during this time, “Mobile triggers continue to help consumers make product choices, engage their favorite brands, receive more informative information, quickly download their favorite apps, and much more.”

One Thought to “QR codes are being scanned 20 percent more, says ScanBuy”