The luxury designer brand has changed their advertising to take out the visually unappealing barcodes.

Despite the fact that Louis Vuitton has taken QR codes out of its print advertising, it is still maintaining the scannability of its ads by making it possible for smartphone and tablet users to scan the entire image instead of just a little barcode.

The design house feels that the look of the barcodes was not an appealing part of their advertising.

Though the QR codes do provide the opportunity for consumers to be able to scan the ads and obtain more information about the products and other messages that are being advertised, Louis Vuitton has found a new type of technology that allows the campaign’s images to be scanned, instead. This is being seen as a much more visually appealing way of achieving this goal. 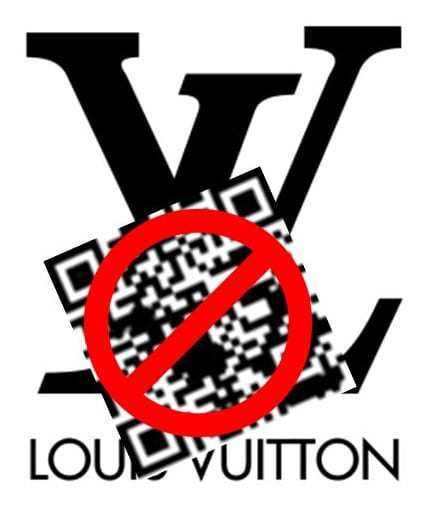 The QR codes were the first step to bridging the gap between print advertising and the digital environment.

Now, instead of QR codes, the design house has created a new Louis Vuitton Pass application that is compatible with both Android and iOS devices. Instead of scanning the barcode, it is able to scan complete images, which gives all of the images in their print advertising scannability. The fashion house has launched this app alongside a print campaign, this month.

An icon, which is much more visually attractive than traditional QR codes, is all that is seen on the printed image in order to indicate that it can be scanned. There is also a prompt provided to encourage the viewer to download the app so that they will be able to use the images to their full potential and learn more about the various products that they are seeing in the ad.

In the absence of the QR codes, the ads remain easily scanned and provide the viewers with a behind the scenes look at the image, itself, as well as details regarding the products that they see within it, and are even able to use a store locator feature so that they will be able to find a place in which they can purchase the products that they like.