The quick response codes have now been permitted for use in the notches of the wall at the public cemetery.

While QR codes are most commonly associated with their use in mobile marketing and have been found in some of the oddest places, they are becoming increasingly popular on grave markers, where it is impossible to add more than the most basic information about a deceased individual.

The city assembly in Anchorage have now unanimously voted in favor of allowing quick response codes in the public cemetery.

This will allow the families of deceased individuals to be able to place QR codes within the notches for their loved ones on the cemetery’s columbarium wall. This structure is six hundred feet long and is capable of holding approximately 9,000 urns. Due to the nature of the structure, only a tiny plaque with the name of the deceased individual and the years in which he or she lived can be displayed.

With the addition of the QR codes, which take up very little space, a great deal more can be shared. 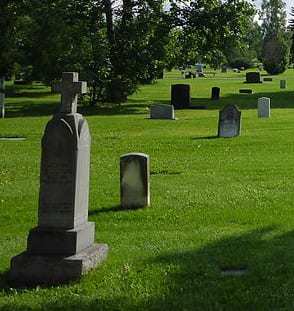 According to assemblyperson Ernie Hall, when speaking about the QRcode, “I’m really excited about that.” He also suggested that the use of the barcodes be expanded into local park signage, to make it possible for citizens to easily discover information about that public space, such as the reason that the namesake of the park is being honored as it has.

The fee to add the quick response codes to the columbarium wall in Anchorage will be $150. This barcode will then link to the remembered individual’s obituary, as well as pictures or video that commemorates him or her. It will also be possible for the families to design online memorials that will be linked to the barcodes. These will be hosted by Quiring Monuments.

When discussing the addition of the QR codes, the director of the Anchorage Memorial Park Cemetery, Rob Jones, said that “If we give people the opportunity to memorialize in a way that they’re comfortable with, then they’ll be down the road to healthy grieving, and that’s the whole point.”