These barcodes are being used to an increasing degree by restaurants and grocery stores.

At a growing level, QR codes are being used by the food service and sale industries in order to help consumers to become more aware of the various stages of the supply chain in which their products have traveled.

Edible quick response barcodes have made tech and marketing headlines from sushi restaurants.

When scanned through the use of smartphones, these QR codes can provide consumers with information about the origin of the ingredients in their dish and how they came to be on the table in front of them. This has become quite popular among a number of sushi restaurants but is also starting to become increasingly mainstream in grocery stores. 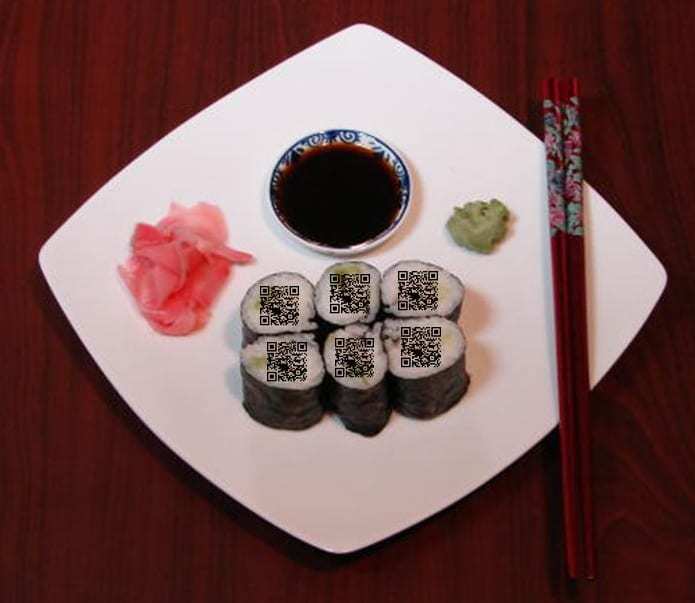 Many growers are seeing the benefit of adding QR codes to the packaging for their fruits and veggies.

Products ranging from bacon to lemons and from sushi to avocados are all now featuring QR codes on their bags, labels, wrappers, and stickers, to give consumers the opportunity to take advantage of greater food supply chain transparency. It helps them to see how far the product has traveled, what growing techniques were used, when it was picked, butchered, or harvested, and whether the product has been legitimately involved in practices such as organic growing or sustainability.

The sushi industry has found these QR codes helpful due to the amount of fish fraud that the industry has been experiencing. The trend has popped up throughout the United States and the United Kingdom, to help to stop certain species from being passed off as others. This first started making top headlines, last year, when Moshi Moshi, a restaurant founded by Caroline Bennett, worked with the Marine Stewardship Council (MSC) to help to promote sustainability and celebrate its 10,000th dish with MSC certification.

Bennett explained that “The beauty of working with MSC on QR sushi codes was that we had a credible partner reinforcing the message. Had it been a homemade video or webpage that we had [created ourselves], it would have had less impact.” Those QR codes were printed using squid ink on edible seaweed called nori.