This tech and mobile marketing firm is placing a new twist on social media advertising and gaming.

While gamifying a an advertising campaign – particularly in terms of social media and mobile marketing – isn’t anything new, Max Baptiste and Kevin Fullerton from Bitcoin Warlord are now using QR codes for a unique effort in attention grabbing.

It will be offering a range of different types of prizes throughout a scavenger hunt, including Bitcoins.

Other prizes will include food and art, although Bitcoins are certain to draw a considerable amount of hype. This scavenger hunt game is being operated by the Bitcoin Warlord app in conjunction with local businesses. Participants need to hunt for QR codes that are hidden throughout these locations, and then scan them using a barcode reader on their smartphones. Each scan brings them closer to the chance to win a prize.

These QR codes are hidden at a number of different locations in downtown Albuquerque. 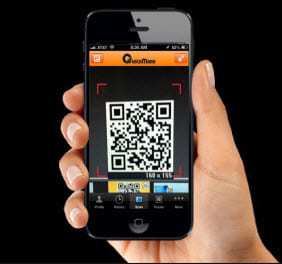 Among the participants with quick response codes that can be scanned are Zendo, The Brew, Adieux Café, Ace Barber Shop, and many others. The first set of prizes got started at the Yelptropolis event at the Sisters Bar located downtown. There, Baptiste and Fullerton revealed some of the prizes that were available to be won simply for scanning the various QRcodes around town.

This is not the first startup that has been created by Baptiste and Fullerton. They’ve each had their own creations take off in the past, including the RE505 that was founded by Fullerton. This electronics recycling company was sold to Albuquerque Recycling Inc. That said, the man is also greatly experienced in video game publishing. He explained that “Our goal is to get to a point where every scan wins.”

While local shops will certainly benefit from the wave of consumers who visit those locations in the hunt for the QR codes that they can scan, Bitcoin Warlord is actually a social media marketing company, at heart. They focus on making sure that smaller businesses will be able to take advantage of the power of these various networks, at a price that they will be able to afford.