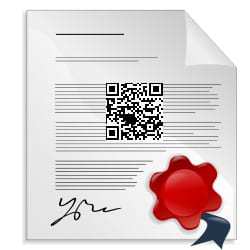 An unknown record may have been uncovered by cyber activists, which could cause drama with the barcodes.

Cyber activists in Bolivia have been working together and have come up with a possible unlawful patent related to the use of QR codes within that nation.

The mcommerce story first unfolded online when a Twitter user posted the allegations.

The Twitter user made the initial announcement about the alleged use of QR codes that have been patented in Bolivia with a statement that has been translated into English as “Can anyone in La Paz tell me if Advice Marketing Ltda. patented QR codes and one must pay this company for using them?”

Since then, the company has taken down the QR codes patent announcement from its site.

However, Daniel Cotillas, another activist, did manage to capture a screenshot that went viral throughout the mobile marketing and cyber activism spheres. This stirred a great deal of interest in the topic and has generated a number of inquiries. A Al Alto blogger named Mario Durán got involved at that point, and was able to reach the Intellectual Property National Service (known as SENAPI in Spanish), and communicated with some of the company’s representatives.

Durán kept up regular postings on his blog in order to follow the case, under the title, which questioned “Can the use of QR codes in Bolivia be patented?” That individual’s information included an official statement from Advice Marketing, which indicated that it was possible to publicly use the 2d barcodes, provided that the company has been notified in advance.

SENAPI officials also confirmed that the company had applied for the patent in question in September of this year. However, at the same time, SENAPI has stated that the patent itself has not yet been granted, because it typically takes around 18 months for a resolution to be issued on this type of case. Therefore, it may be assumed that any patent for QR codes that would validate the restrictions may not yet apply.

The cyber activists in Bolivia are keeping a close watch on this case regarding QR codes, and have vowed to continue their postings throughout the upcoming months, as new developments occur.