The smartphone scannable barcodes make it easier to remember those who have died.

Memorial Day gives us a time to remember those who have lost their lives while serving in the armed forces in order to preserve everything that we hold dear, and now technology, by way of QR codes, is providing a new opportunity to remember those individuals with greater detail than what a grave marker can offer.

A growing trend is including these barcodes on gravestones to help visitors to learn more about who is buried there.

Traditional tombstones have only a very limited amount of information available about a person. They generally include the name, birth date and year (and sometimes day) they died. Every now and again it might mention a personal word or two. However, when QR codes are added, it opens up a virtually limitless amount of space for content to be shared. This makes it possible to record a great deal more about the person so that they can be remembered in a much more detailed way.

QR codes allow the tombstone to be linked to a webpage with much more information about the person. 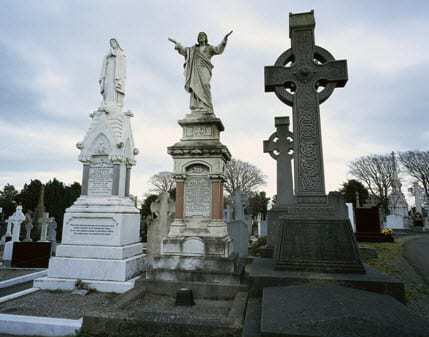 An example of these tombstone QR codes was applied to the grave marker of Max Katz, who was born in 1923 and was raised in the Hill District of Pittsburgh. He was a tank gunner in World War II and played basketball in his free time. His son, Ira Katz, explained that “He was in the invasion of Normandy, and the liberation of Buchenwald concentration camp. He was in the Battle of the Bulge, as well.”

Without actually knowing a family member, none of this information would have been available about the late Mr. Katz. However, now that QR codes are available on tombstones, a smartphone can be used to scan the barcode and visit a website which is filled with stories, an obituary, family photos, a video, or anything else that the friends and family of the individual wish to share.

Urbach Memorials has now joined a growing number of cemeteries across the country that are adding the option for QR codes to their offerings to memorialize and have tribute to people who have died, but whose loved ones wish to leave more details about them behind.