The fast food chain has used a number of mobile and social marketing efforts, including quick response codes.

In preparation for the kick-off of the 2014 NFL season, last week, McDonald’s took a multichannel approach to advertising itself as the official restaurant sponsor of the league, having launched an online and mobile marketing campaign that offered everything from football fan rewards to scanning QR codes.

The campaign is meant to provide the most loyal fans with fun rewards based on their tailgating expertise.

McDonald’s has long been a partner of local NFL teams. Now that it is stepping into its second season as a sponsor for the league, as a whole, the fast food restaurant is focusing on mobile marketing accessed via means such as QR codes to be able to celebrate alongside football fans. They are using a considerable web-enabled marketing platform that embraces the passion that these fans have for their favorite game.

The campaign and its QR codes kicked off on September 2, two days before the start of the season. 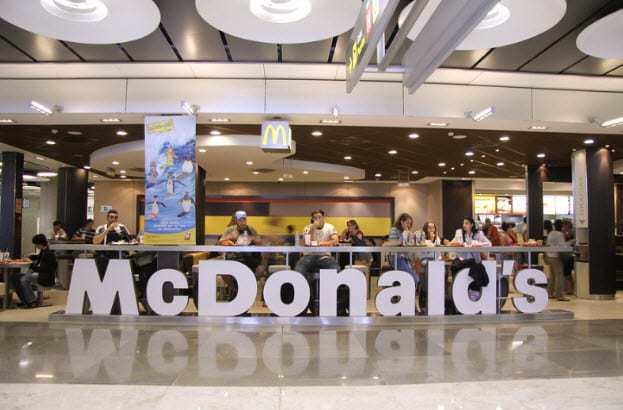 As a part of the campaign, there are materials displayed at the point of sale at 14,000 restaurants across the country. They will feature the “McDonald’s Tailgate Photo Sweepstakes”, which will be focused on rewarding fans for their images that best reflect “Tailgating McDonald’s-style,” said the senior director of global alliances at McDonald’s, John Lewicki.

The quick service giant is hoping that fans will use their mobile devices and PCs to sign onto Twitter and Instagram to use the #mcDTailgateSweeps hashtag in order to share their pictures and videos of themselves tailgating while enjoying McDonald’s products. The posts are then entered into a sweepstakes in which the winner will be given “the ultimate McDonald’s tailgate party,” explained Lewicki.

This prize will include everything from an 18 wheeler truck converted into a restaurant, to enough McDonald’s food to feed up to 200 people in the hometown of the winner. This party will be thrown later on in the NFL season. Other prizes include gift cards.

In order to encourage fans to continue to take part throughout the length of the season, medium sized product packages will continue to feature the QR codes along with the NFL logos.