The first professionals to arrive on an accident scene can use these quick response codes for information.

For the majority of people who recognize QR codes, they would say that they see them most frequently in product packaging and advertising, but Mercedes-Benz is working to change the image that comes to mind when they see these barcodes, as it is using them to provide emergency first responders with critical information that they can use when responding to the scene of an accident.

This use of the quick response codes could become life changing – and saving – in the latest model vehicles.

The QR codes that are fitted to the latest models produced by Mercedes-Benz could mean the difference between life and death for some drivers. The barcodes are now also being retrofitted to the vehicles released over the last few decades for Mercedes and Smart Cars. They will give emergency responders the opportunity to scan the codes so that they can better understand the details of the specific model of car involved in the crash.

This can mean that scanning the QR codes may be able to make it easier for a trapped occupant to be extracted. 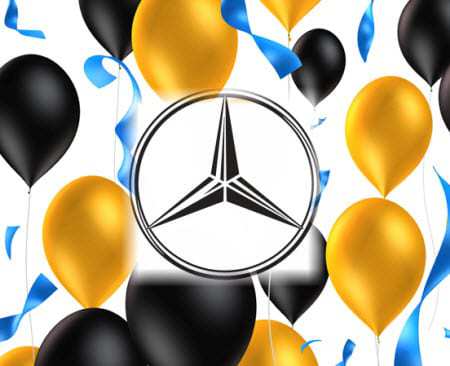 Should an occupant of the vehicle ever be trapped inside due to a crash, rescue workers will be able to scan the barcodes to learn all about the actual vehicle involved. Mercedes-Benz is showing that it understands that in these situations, every second counts. Extracting a person isn’t simply a matter of cutting into any random part of the car. By being able to access information about the specific vehicle, they will know all about the intricacies of the make and model inside which the passenger is trapped. This includes both technical and safety details.

The barcodes are not necessarily new to Mercedes, as it has already been making them standard to all of its new vehicles since the last part of 2013, and had already been planning to do the same for Smart Fortwo models as of this month. However, it is the older vehicles that are being added to this list, which are now making the brand’s headlines.

The QR codes can be found in two different places on the vehicle. The first is on the car’s B-pillar and the second is inside the fuel filler flap (the little door that covers the gas cap).