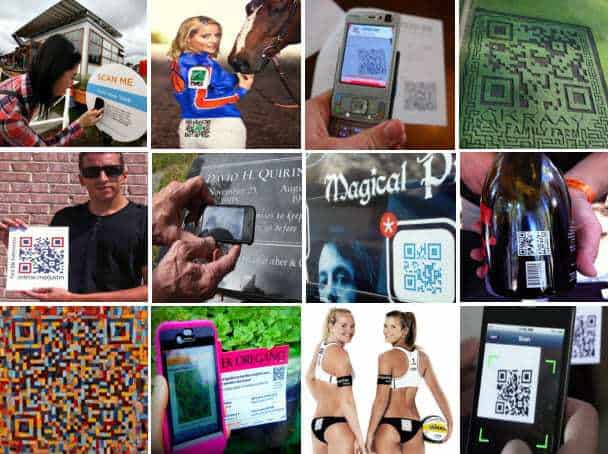 Scan has launched its version 2.0 to reach mobile users who don’t use barcodes.

The latest statistics from eMarketer regarding the use of QR codes in the United States has shown that approximately 90 percent of Americans have not scanned a barcode within the last year.

To be fair, this includes all Americans, regardless of whether or not they have a cell phone.

However, this does represent a large number of people who are not scanning QR codes and who are therefore not being engaged by what they contain. A company called Scan, based in Utah, has just released the 2.0 version of its app. It has announced that this release has already exceeded 25 million downloads, which is an increase of 10 million over its February statistics . The company hopes that the 85,000 daily downloads of the new version will lead to a more seamless experience.

They hope that this will help to revitalize the use of QR codes and ready users for new similar technologies.

This is considered to be important because QR codes represent a unique bridge over the gap between the physical world and mcommerce. If consumers are not using this technology, it may present a hurdle for all future technologies that are designed to accomplish a similar goal.

In February, Google Ventures and Menlo Ventures, as well as other investors provided the company with funding worth $1.7 million in order to come up with a new form of marketing platform for QR codes. Scan used this money to come up with a combination of a web-based service and an app to allow individuals and businesses of all sizes to generate the barcodes and create their own landing pages that are mobile friendly.

The founder of Scan, Garett Gee, who is also its CEO, described the way that the app has been able to gain ground, even though there is huge competition among scanning apps at the App Store and QR codes have been slow to be embraced by consumers.

He said that “When we started working on it there were tons of apps in the space, specifically QR code and bar code scanning apps, probably over 100 of them. There just wasn’t anything of the quality, or even design and style that we were looking for.” He added that they had clearly visualized the scanner for QR codes and the power that it would have, basing the design on how the app would appear if it had actually come pre-installed on Apple devices.