It is becoming commonplace to add quick response codes to tombstones in order to digitally memorialize the dead.

Among the latest trends to make its way into Sweden is one that isn’t being talked about all that much but that has been growing at a considerable rate and involves the use of QR codes on tombstones in order to make it possible for friends and family to memorialize their deceased loved ones, online.

There has always been an issue of limited real estate on a tombstone. Regardless of whether it is an upright gravestone or a plaque set into the ground, they don’t typically offer room for much more information than the individual’s name and the years of his or her birth and death. Even in the largest monuments, there isn’t typically more than a line or two that are meant to represent an individual’s entire life and what they meant to the people who survived him or her. With QR codes, very little of the tombstone surface is needed and they open up a nearly unlimited amount of space online for content such as stories, condolences, pictures and video.

The QR codes are placed in what is meant to be a tasteful location on the tombstone of the deceased. 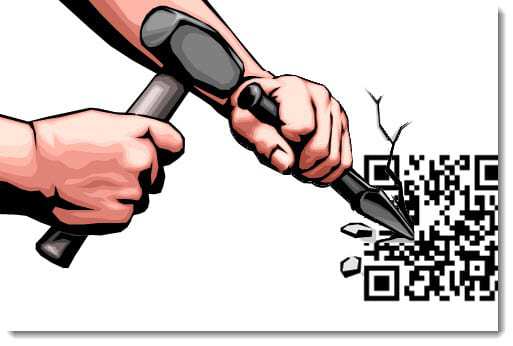 The director of the SBF, Ulf Lernéus explained that the gravestones of today barely carry any information at all, and even the older ones had additional information that was only a matter of profession or the farm at which the deceased formerly lived. He pointed out that the custom has all but disappeared in today’s cemeteries.

That said, people are looking for a new and better way to remember those they love but who have died. Lernéus stated that “Many people put a lot of work into creating a memorial and if you create something like that then you usually want to share the memories. And many people around us have memories of the deceased which they also would like to share, by sending a greeting.”

By placing the QR codes on tombstones, it means that visitors to the cemetery can easily use their smartphones to scan the barcodes and be automatically directed to the place online where the memorial information has been stored.