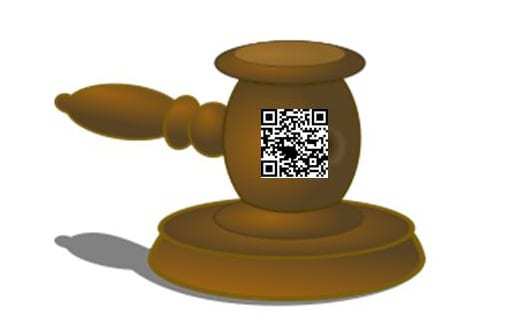 The two companies have reached a settlement in the patent infringement suit.

Two companies involved in a patent infringement lawsuit that had to do with QR codes software have reached a settlement in the case.

The suit had to do with software designed for mobile phones in order to use barcodes.

The two companies involved in the lawsuit are SpyderLynk LLC, which his based in Denver, and NeoMedia Technologies, Inc., which is based in Boulder. The latter has agreed to drop its claims of legal patent infringement against the former, when SpyderLynk agreed to license the technology that it has been using.

The QR codes technology lawsuit was originally filed on April 9, 2012.

NeoMedia filed the suit against SpyderLynk in a Denver U.S. District Court , claiming that two of its patents had been infringed upon. Those two patents have to do with a technique for translating QR codes into information that will be displayed on mobile devices such as tablets and smartphones.

NeoMedia already licenses its technology for QR codes to several different companies. It had previously made an attempt to have SpyderLynk license those methods, back in September 2011. However, when SpyderLynk declined the offer, NeoMedia filed the lawsuit against it.

SpyderLynk does have a technology patent which makes up the foundation of its SnapTag. This is its own version of QR codes and the way that they are read by various types of mobile devices. It has already been used in a number of extensive marketing campaign. According to the company, its platform for reading barcodes was an invention of its own unique design.

It maintains that it has not infringed upon the patents held by NeoMedia, but that the cost of upholding its defense throughout a court case “would have far exceeded the cost of licensing the technology.” This, according to the company’s CEO and founder, Nicole Skogg. She added about the decision regarding the licensing for the QR codes platform technology, that “As such, it is financially prudent for the company to settle with NeoMedia, put the distraction behind us and move on with building our business”.