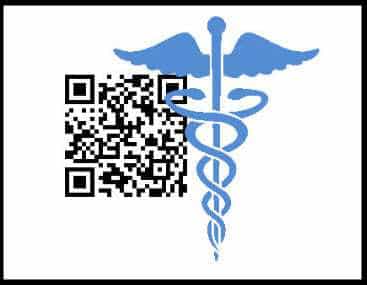 The winning concept behind a Startup Weekend Health competition that was held for the second time in Philadelphia involved the application of personal QR codes that would allow first responders to be able to gain patient information right away, regardless of whether or not the patient is conscious or coherent.

The emergency responders would be able to arrive and scan the code to know the patient’s medical history.

The concept behind the QR codes is that they would be personalized with information added into a medical system so that the risk of errors in emergency situations could be dramatically reduced. It would provide paramedics and ER doctors with more information so that they can know what medications the patient is taking, what allergies he or she is known to have, and what his pre-existing medical conditions are.

The QR codes could also allow the patient’s emergency contacts to automatically be issued an emergency text alert.

The concept using the QR codes is a part of an enterprise solution that could be incorporated into patient health plans. The team leader of the In Case of Emergency (mICE) program, David Bendell, was the one who pitched the idea. The entire plan was then assembled within forty eight hours of the pitch.

The QR codes plan was created based on the pitch, by a team of seven people that included software developers, bioengineers, a nursing and a pharmacy school student. They created a business plan and condensed its information into a program that was straight forward and even included an app that allowed the program’s users to issue an emergency message to one or several contacts.

The prize that was received by the team for the QR codes program idea was an interview with DreamIt Health. The primary concern of the team is that both the lead developer of the project, Tanvir Aslam, and Bendell, himself, are international students, who will need to be able to secure full time employment before May or their visas will expire and they will not be able to remain in the country for the interview and the continuation of the project.