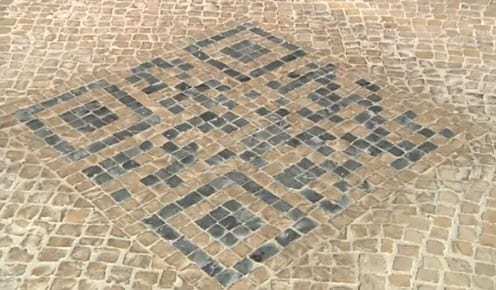 Rio de Janeiro has added the barcodes to its symbolic walkways at Ipanema Beach.

The city of Buenos Aires has added QR codes to the sidewalks of Rio de Janeiro, which are symbolic of the city, by embedding them into the mosaic patterns using black and white stones.

The first of the barcodes were unveiled on Friday in one of the city’s most popular locations.

The QR codes were first installed at the massive Arpoador boulder, which marks the end of the Ipanema beach. The black and white barcode was worked into the pavement using the same type of stones and mosaic patterns that are used to decorate the sidewalks throughout the city with patterns of fish, waves, and abstract images.

Right from the first launch, the QR codes attracted the attention of onlookers, who immediately scanned them.

When the QR codes were scanned by smartphone or tablet users, it redirected them to a website that was available in English, Portuguese, and Spanish. It provided users with a map of the area in addition to interesting and useful information.

It also provided a bit of trivia about the beach and the area, such as the large waves that are received by Arpoador, which make it a surfing hotspot. This is what gives another 500-meter nearby beach its name, “Praia de Diablo”, which translates to Devil’s Beach. Other tidbits of information that were made available include some of the history of the location, such as the fact that the Arpoador received its name due to its historic use as a location for fishermen to harpoon whales from the shore.

Rio de Janeiro intends to install 30 of the mosaic sidewalk QR codes around the city, at vistas, beaches, and historic sites. They are designed to provide more information to some of the two million visitors from other countries that come to visit the city every year. It will give them access to instant information as they walk around. The head of the conservation and public works for the city, Marcos Correa Bento, said that “If you add the number of Brazilian tourists, this tool has a great potential to be useful.”