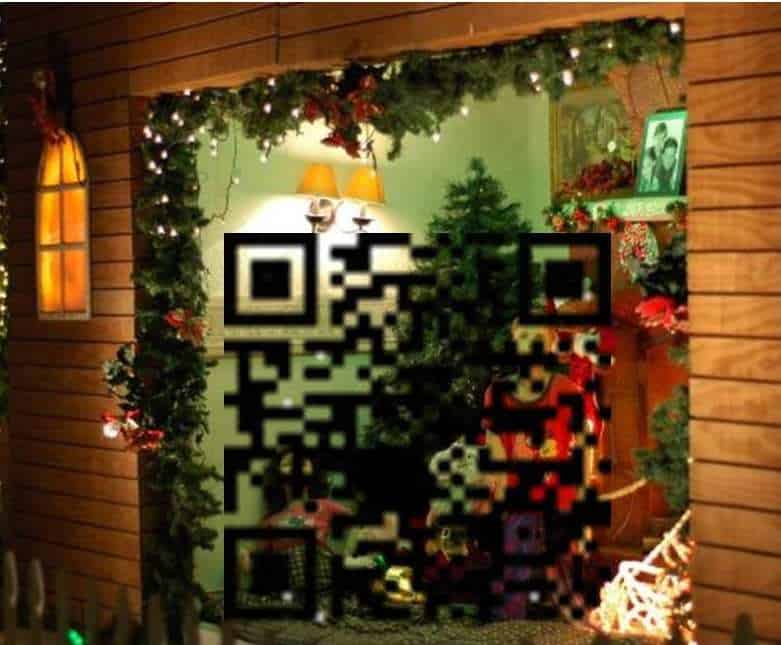 The clever smartphone barcodes can be found in the display windows of the Ginza location in Tokyo.

The design was created by Simon Doonan, a display expert who has been with the company for 25 years.

What Doonan managed to do over this season was to develop a display that would incorporate the QR codes through a projection that would appear only over a short moment, once every fifteen minutes. Though this may seem a little destructive to its use at first glance, the style of the promotion as a whole has ensured that it is still a notable success.

Consumers passing the display are trying hard to scan the QR codes in order to win a prize.

Though the QR codes are not among the easiest to scan, consumers are still attempting to do so in order to help to increase their chances of winning a prize from the luxury fashion retailer. Only a lucky few will be able to successfully scan the codes, but those who do will have the opportunity to win one of several different offered prizes.

The display and its associated promotion have been entitled “Treasure Hunt Window”. It has drawn considerable attention from the public as they attempt to be able to capture the QR codes using their smartphones.

The retailer has become quite comfortable with the use of QR codes after having previously used them in magazine ads. These have helped consumers reading the ads to be able to learn more about the products that they have seen in the pages, as well as to purchase those and other products that are offered by the store, as their mobile optimized website is completely commerce enabled.

The QR codes in the storefront window displays can also allow consumers to head to the website in case they’d like to look at the products that the store is offering, and make a purchase if they’d like.