Perspective book series novel #1, “Love at First Plight” has been flying off the bookstore shelves since the end of February, and its co-authors, Amanda Giasson and Julie B. Campbell have now started using QR codes among the many other digital tools they have employed to ensure that a growing number of readers will know about their young adult fantasy book.

The writing team has also been building a loyal and interested following over social media marketing.

However, when they were invited to be guest authors at a D.E.A.R. Day (Drop Everything And Read) event, the young adult fiction authors knew that they couldn’t simply rely on the digital environment for their promotions. Having conducted considerable research into various techniques of print and digital marketing, it was decided that QR codes would be the best opportunity to ensure that they would be able to present their message in print but expand upon it with the space and multimedia opportunities that are available only online.

The YA fiction book series authors decided to add QR codes to their promotional bookmarks. 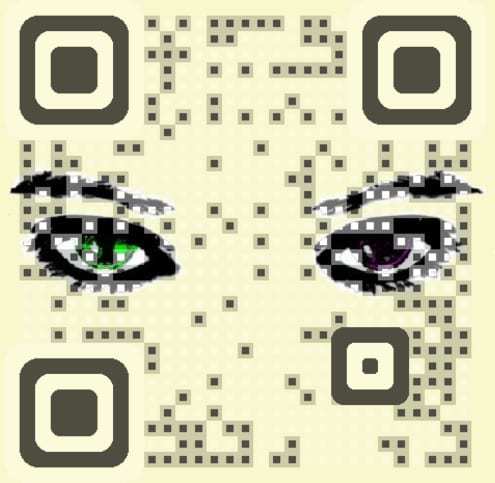 The bookmarks were distributed for free to several hundred event attendees. They featured a QRcode that was designed through the tools at Visualead in order to ensure that it would stand out with greater appeal than a simple black and white pixilated square. Instead, Amanda Giasson and Julie B. Campbell were able to incorporate the Perspective book series logo – a green eye and a purple eye – into the barcode’s design.

“We wanted something that would encourage people to scan, without sacrificing the look of the bookmarks, themselves,” explained Giasson. “That way, they would still work as a functional marketing tool, but are also attractive enough that people will still keep them and use them; which is a great way to remind them about our YA book series.”

The results were very positive. The recipients of the bookmarks scanned the QR codes on the day of the event, increasing the number of visitors to the official Perspective book series website (the location to which the quick response codes were directing) by an astounding 1350 percent over the typical number of daily visitors for that day of the week. The following day experienced more scans, increasing the number of daily visits by about 700 percent above the average for that day of the week. The site traffic since then has remained about 50 percent higher than usual. 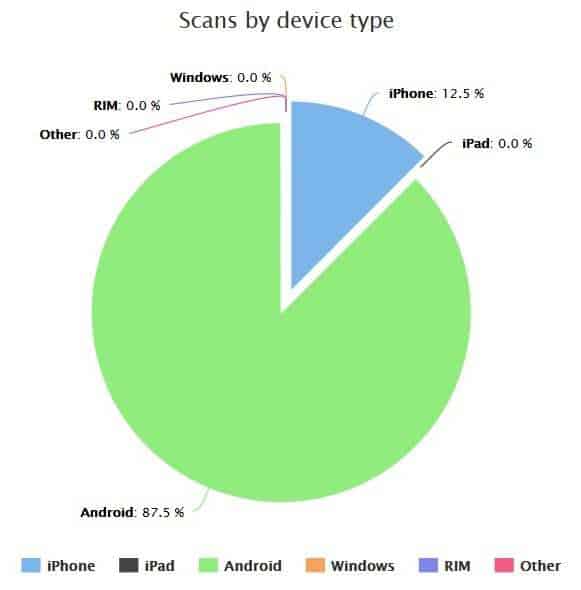 Among those who did scan the QR codes, 87.5 percent used Android based devices while another 12.5 percent iPhones. The number of scanners using iPads, Windows Phone, BlackBerry, and other types of mobile device were too small to be registered in the barcode scanning stats.

The “Love at First Plight” authors also noted that both their book sales and social media following have experienced a healthy growth since the event, but they declined to offer specific figures to that extent as it was too early to be able to measure the data from all of the different bookstores at that time. Both Amanda Giasson and Julie B. Campbell agreed that they were more than pleased with the results from the event and that they would be adding quick response codes to marketing materials in the future.