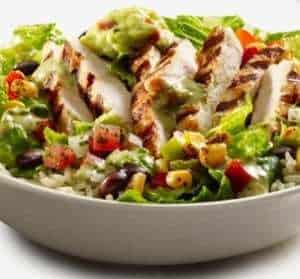 The smartphone friendly barcodes managed to bring in approximately 225,000 scans from consumers.

Taco Bell has just released the results of the QR code scans that it generated through its ESPN College Football campaign that it held for the Bowl Championship Series and revealed that the barcodes were scanned 225,000 times.

This represents a tremendous success for the use of the barcodes on their product packages.

The QR codes were found on a number of their 12 pack taco boxes, as well as other items such as their soda cups. They could be scanned using any free reader app on most smartphones and tablets. Once a scan was complete, it would direct the mobile device user to a preview of the upcoming games as held by Mark May, the well known analyst.

The program with the QR codes ran from December through the start of this month.

It was first launched on December 20, 2012, and continued on to February 3, 2013. It is believed that the popularity of the QR codes came in waves throughout the length of the campaign, as it applied to the various upcoming games and the amount of excitement that had been generated for them. For instance, it is believed that after January 7, when the National Championship Game actually took place, the interest in the scans began to wane at a notable rate, simply because of the context of the campaign.

Snipp Interactive was responsible for the Taco Bell QR code management. The CEO of that company, Atul Sabharwal, made a number of observations about the success of the campaign in the release regarding its results.

Sabharwal said that “The volume of responses in the timeframe really underlines the strength of QR codes as a mobile response mechanism. It’s even more impressive when you consider that this wasn’t a contest, sweepstakes or giveaway, which have traditionally always generated high volumes of responses.”

He also explained that the credit should truly go to Taco Bell for their effective efforts to create a call to action in a very visible and central location on their packaging. The QR codes that were printed on the various packages were quite large and were centered among all of the other elements that were printed on the boxes and the cups. Another important part of this effort was simply the addition of the words “Scan the Code”, placed in a very obvious location in large font.