This new type of quick response code is meant to provide a more visually appealing barcode.

Denso Wave Inc., the original creator of QR codes, has now announced that they have taken these smartphone friendly barcodes to a new and more visually appealing step that includes a “canvas area” in the center.

These new forms of the quick response codes are being called the “Frame QR” and look notably different.

These QR codes are designed with a center that allows for images, illustrations, holograms, and other visual effects to make the barcodes more visually appealing. These additions to the center of the squares can be added without having a negative impact on ability to scan and decode them. That said, because the nature of the appearance of these versions of the barcode are different, the standard reader app will not be adequate to use them.

This new type of QR codes also require a new type of software for both generating them and reading them. 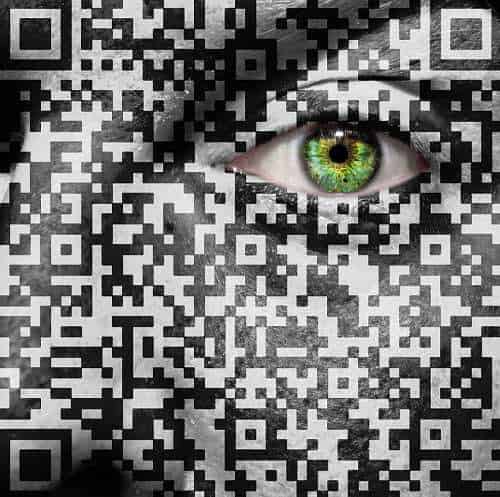 For this reason, Denso has announced its intentions to release a cloud service that it calls the “Q platform”. That will include a template based generation function, as well as one for decoding. Moreover, it will also be providing a free QRcode reader for both Android and iOS based devices that includes the Frame QR reading function. It is expected that those readers will be released at some point in October.

The company didn’t specifically explain why this move was made, but it is assumed by many that it is to help to further enhance the visual appeal of the barcodes and make them more eye catching than the current format. While it is already possible to incorporate logos and images into these codes, they are usually worked into the background of the black and white pixels that make up the shape of the square. This new format allows the image to be displayed without the pixels overtop.

That said, the traditional type of QR codes – regardless of whether or not they include images and graphics – can be scanned with any standard reader app, but the Frame QR will require the download of an entirely different scanner. Therefore, many are guessing that Denso has other plans for this new format aside from attempting to replace the traditional style.