Authorities have cautioned the public to watch out for a new form of mobile security fraud using quick response codes.

Authorities from countries around the world are cautioning the public to pay attention to the QR codes that they are scanning and downloading when they are in public places, as certain versions can present a mobile security threat.

It has been found that criminal gangs in China have been using a bogus quick response codes for devious purposes.

A Chinese language newspaper, the United Daily News, has reported that the QR codes were being produced through a website’s generator so that they could be posted in public places where scans will be encouraged. Once a smartphone user reads the barcodes, he or she is automatically directed to the criminal’s own websites where his or her data will be registered in order to obtain what appears to be an appealing download.

Unsuspecting users of these QR codes can find their numbers hijacked by the criminals behind the scams. 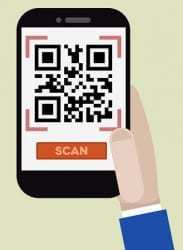 This mobile security issue can allow the smartphone number hijackers to be able to use that data for scams involving money. Without even knowing it, the individuals who scan a bogus quick response code could end up tangled in a web of illegal money transfer activities and other forms of fraud.

Police in areas throughout China are receiving a growing number of complaints regarding mobile security scams in different forms. The QRcode makes it easier for criminals to gain direct access to a smartphone’s information. As these barcodes become more mainstream and are seen quite frequently in advertising and on product packaging, consumers are starting to scan them more often and are less hesitant to do so. However, as is the case in anything popular in the digital world, this has made them a focus for cyber criminals and consumers must now learn how to know when they should and should not scan.

Authorities typically advise people to be careful when they are scanning a barcode in a public place. Even if an ad appears to be legitimate, they should take care to ensure that a sticker has not been placed over top of the real thing.