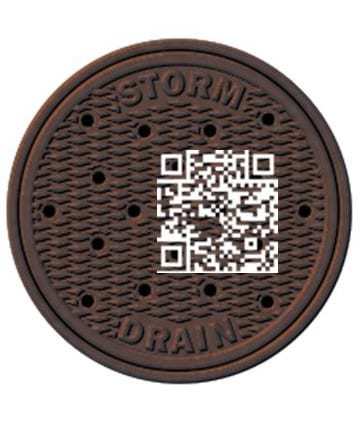 A growing number of cities around the world are using the barcodes to communicate with visitors.

There has been a growing trend in cities worldwide that has included the use of QR codes in order to provide tourists and other visitors to the city with a larger amount of information.

The barcodes have been added to locations frequented by visitors in many different countries.

This is a clear indication that smartphones are becoming recognized as a highly common and heavily used tool in our everyday lives, not only in certain specific regions, but around the entire globe. Some of the uses of these QR codes have been extremely creative, and the addition of the latest version, in Takamatsu, Japan, is no exception.

The QR codes in Takamatsu have been added to the tops of manhole covers that have been decoratively designed.

These latest are comparable to the cobblestone QR codes located in Portugal, as well as the Guatemalan barcodes made in sawdust, and even those in the sidewalks of the greatly hyped district of Gangnam in South Korea. Now, decorative manhole covers boast the barcodes which can be scanned by smartphone users visiting from around the world.

The city of Takamatsu can be found on the Japanese island of Shikoku. The QR codes on the manhole covers were the idea of the water and sewer commission of the town, which also took action and implemented the idea for a more attractive and functional form of the covers.

As the manhole covers required more than just QR codes to be truly attractive and draw the eye, the city ran a competition among its high school students, through its Convention and Visitor’s Bureau. These students competed to have their artwork included in the final designs for the manhole covers, into which the barcodes were then included so that they could be scanned by pedestrians.

When the QR codes on the manhole covers are scanned by a smartphone – using any scanning app – the user is automatically directed to a website that provides information about the attractions and events that are going on in the city.