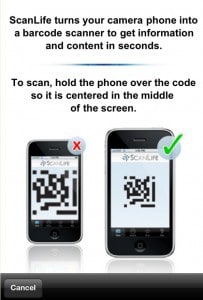 Research has shown that those who use the barcodes are highly interested to learn more.

The findings of a study performed by ScanLife about people who scan QR codes has revealed that these consumers are very interested in learning more about products and services, which makes them a very appealing target to marketers.

This could offer an important new way to generate conversions as well as loyal customers.

The research conducted by ScanLife involved the study of the use of 200 QR codes which had been scanned thousands of times through the company’s Mobile Engagement Platform. Each of the quick response barcodes was linked to a different mobile optimized landing page that was created on the platform. These pages offered a range of different forms of relevant content, such as Facebook pages, videos, store locator tools, and additional mobile commerce options.

This could boost the obvious potential of QR codes for retailers and marketers.

The live traffic analysis feature was then used in order to take a more detailed look at the results across a variety of different geographical locations and verticals. The study included an examination of the results achieved by a top regional gym, one of the largest beverage companies in the world, as well as a major international car manufacturer, and a large national retailer from North America, Europe, and Latin America.

The study’s findings indicated that 62 percent of the scanned QR codes brought about a higher level of engagement (such as clicks). Furthermore, 95 percent of the quick response barcodes brought in at least some level of action. The study also confirmed how important it is to use a platform that will allow the outcome of a campaign to be examined in some detail.

When the consumer has been presented with relevant content, the study showed that the preference QR codes that bring about immediate, convenient and mobile optimized experiences out of physical media (such as a poster, product package, or print ad).

According to CEO and President of Scanbuy, Mike Wehrs, “This new data from the ScanLife platform shows that QR Codes are actually reaching a marketer’s most important target because it allows them to convert interested consumers into customers.”