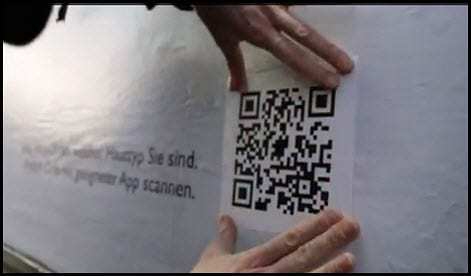 The Louisiana Endowment for the Humanities has added these smartphone friendly barcodes.

The Louisiana Endowment for Humanities (LEH)has announced that it is now including QR codes as a new and smartphone friendly feature to its ever growing digital encyclopedia of the history and culture of the state, KnowLA.

The LEH is not issuing these barcodes to museums across the state to be downloaded and displayed next to artwork.

The museums can post the QR codes next to the artwork so that visitors can use their smartphones to scan them. By scanning the barcodes, it directs the viewer to the related and interconnected entry in the digital encyclopedia. The president of the LEH, Michael Sartisky, stated that there are already 276 different artist entries in the KnowLA encyclopedia.

Each of those entries has its own QR codes and range from illustrators to folk artists.

According to Sartisky, “In the R.W. Norton Art Gallery, if there is a beautiful Felix Kelly painting of a riverboat on display, and they post the QR code, viewers coming by with their handheld device can just click on that QR code and be connected to all of this.”

Sartisky has discovered that Louisiana museums are working to try to streamline the material that they display of an interpretive nature with regards to their art. The trend has been heading in the direction that the less information that is posted, the better the display. However, this doesn’t mean that viewers of the artwork don’t want to learn more. It is in this arena that QR codes are best suited.

The LEH president said that visitors to the museums now have a massive amount of information available to them when they scan the QR codes. This allows them to learn more about the specific piece or the person who created it. However, they can choose whether or not they read this information as it is available digitally but not on the display, itself.

Sartisky feels that the QR codes give the artwork the opportunity to “speak for themselves” and that it helps to reduce the amount of clutter around the artwork.